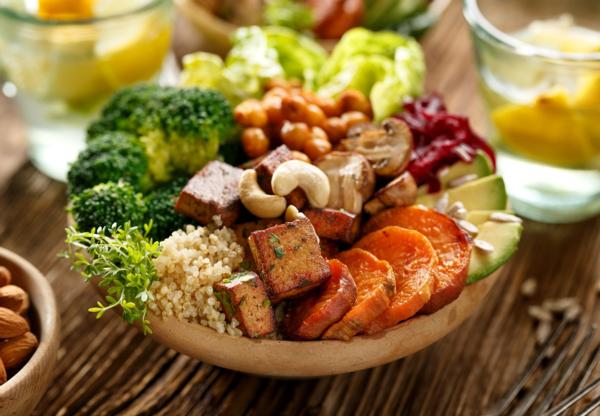 Worldwide, the trend toward plant-based diets is growing CREDIT: Pixi

The Rise of Veganism/Vegetarianism & its Impact on Business

Veganism and vegetarianism are growing rapidly. As awareness around animal welfare and the environment increases, we are seeing more and more people make the change to a plant-based diet.

In the US, the percentage of the population who identified as vegan swelled from 1% to 6% in only three years (2014 – 2017). Uptake of Veganism has been particularly prevalent amount the 25 – 34 age bracket with over one-quarter of millennials in the US identifying as either vegetarian or vegan.

This trend has seen businesses in the sector begin to flourish. Unsurprisingly, the swift rise of veganism has seen the demand for vegan-friendly product grow exponentially.

Beyond Meat, a producer of plant-based meat substitutes which offer an uncanny resemblance to “the real thing”, Beyond Meat has ridden the wave of the new generation of conscious consumer, boasting a profit of 91 million last quarter and forging partnerships with global fast-food giants like McDonald, KFC and Subway.

The demand for vegan and vegetarian-friendly products has not only effected food producers strictly but has also permeated through other industries. The eco-conscious consumer is also driving change in the beauty industry, favouring products which are not produced from or tested using animals. Sale of vegan-friendly beauty products in the UK rose 38% year-on-year between 2017 and 2018.

Here in New Zealand, many local businesses are adopting this ethos of inclusiveness and offering vegan and vegetarian-friendly alternatives to their core products. Locally owned and operated gift hamper retailer, Giftbox Boutique has recently introduced a range of vegan gift baskets to purchase. A selection they intend to expand upon to keep up with the growing demand for more vegan-friendly gift options.

Once considered a very alternative lifestyle, vegetarianism and veganism has now well and truly taken its seat at the table. Now with sizeable market share, the buying power of this segment of the population mean we will undoubtedly see the number of vegan and vegetarian product offerings continue to rise.