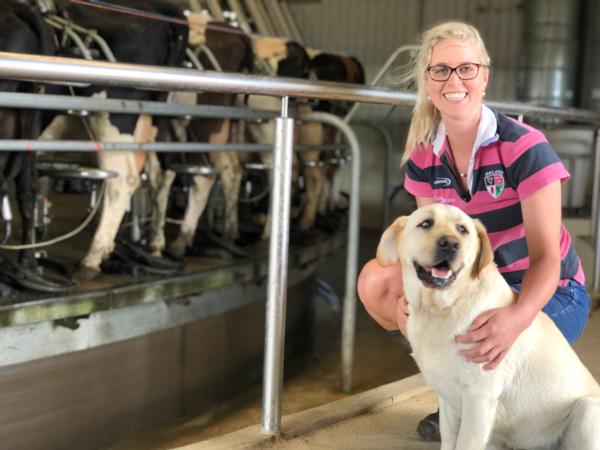 Fifth episode of OUR PEOPLE. THEIR STORIES
Dairy farm manager Chelsea Smith from the King Country has turned a personal challenge that blindsided her into a positive life changing journey.

“That’s when I went to the farm owners and just said, look, as much as I love farming and the farm, I’m unable to do another season just due to personal reasons.”

Keen to retain Chelsea the farm owners came back to her with different options and after some time off travelling overseas she returned to take up a role overseeing four farming operations near Otorohanga in the Central North Island.

She then she won the opportunity through Dairy Women’s Network to participate in The Edge, a unique leadership programme provided by The Outward Bound Trust with support from New Zealand’s largest network of Chartered Accounting firms, NZ CA.

“The things with Outward Bound is they push you to a point you didn’t even know you had and your biggest fears in the end just become challenges,” she says. “It really got me from a little bit lost, little bit confused and a little bit unsure, to I got this, chuck at me what you need.”

“The Dairy Women’s Network Regional Leader role has been a huge asset to my leadership and management on farm, and I can bring my dog to work every day – he just has the best life.”

Dairy Women’s Network CEO Jules Benton said she was impressed Chelsea’s grit and determination to take every opportunity offered and make the most of it.

“There’s no doubt she felt she was on one path and then got a major shakeup where she had to revaluate her life which she’s done and now values the importance of making your own path and has real belief and confidence in her own choices.”

“We’ve had such amazing success telling these fantastic stories, and storytelling is now a vital part of the Dairy Women’s Network strategic DNA. We wanted to create deep emotional connections and dairy farming story telling is powerful as it connects people with people and is helping connect dairy to the people of New Zealand.”

“It’s so important we play a role in crafting the industry’s story to gain more understanding and tolerance.”