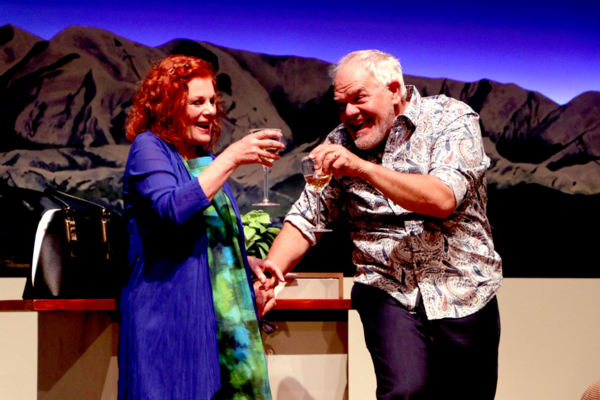 The Court Theatre is adding two matinee performances of its current play Winding Up in an effort to accommodate patrons under Alert Level 2.

The play, featuring well-known actors Mark Hadlow and Darien Takle, was close be being sold out when the Alert levels were announced, so The Court Theatre team is working around the clock to rearrange bookings to adhere to gathering limits and social distancing.

“It’s been all hands on deck as we transformed our building once again into two zones that can safely cater for up to 100 people each,” Court Theatre Chief Executive Barbara George said.

“Winding Up has proved popular which is great, but unfortunately to operate safely under Level 2 does mean reduced capacity in our theatre.”

George said the team are continuing to work hard and fast to contact all those with bookings affected. “It’s disappointing, but even with two extra shows some may still miss out, but we will be making it as easy as we can to rebook and we will work with those who miss out to ensure they are well looked after.”

“At times like this it’s even more important we are there to serve our community. A theatre company can often be the first to close and the last to open, but not here at The Court, as we proved after the earthquakes and have again during this pandemic.”

The two extra matinee performances are on Wednesday 10 March, and Saturday 13 March.