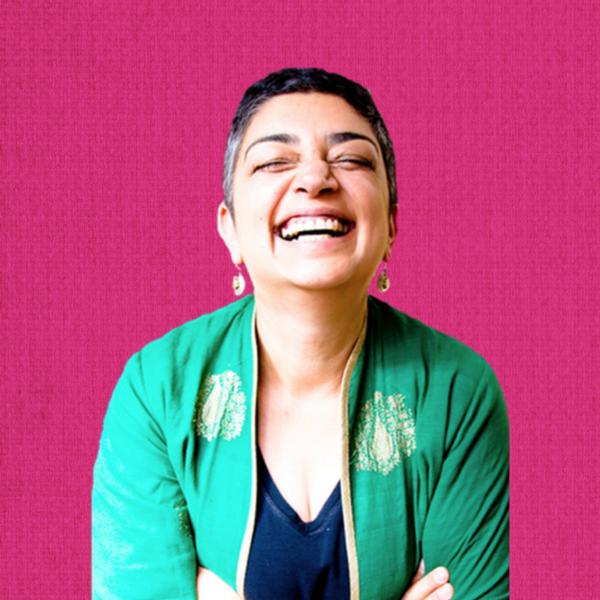 ‘We’re all some kind of arsebiscuit… the trick is how to be more biscuit, less arse.’

In her debut solo show for NZICF, Zehra is doing what she does best; a goulash of storytelling and political commentary, peppered with absurdity, dark humour and personal context. Is it possible to be a better person? Should we even try? And if so, how can we possibly achieve it, if we keep concentrating on the wrong things? What price friendship, when revolution beckons? What price joy and compassion? Are nuance and context lost forever? Was the shark really the villain in Jaws? And, most importantly, what about the menz?

Sameena Zehra is an award winning comedian, storyteller, actor, writer, dramaturg, director, and Blues singer/songwriter. She has performed her solo shows all over the world, including Edinburgh Fringe, Melbourne International Comedy Festival, Brighton Fringe, Adelaide Fringe and New Zealand Fringe. Before moving to New Zealand in 2019, Sameena lived and worked in the UK where she has performed at the National Theatre, and toured internationally with the Royal Shakespeare Company.

An intersectional feminist and humanist with a unique take on the world; equally at home exploring the individual experiences of daily life and the larger issues of the world we live in, Sameena’s solo work has always been rooted in the human condition, in holding power to account, in bringing people together in spaces that are tender and robust. Her artistic direction was set early on, during her university years in India, creating forum theatre, performed on street corners, exploring a number of diverse topics, including the death penalty, marital rape, the caste system and religious dogma. All topics ripe for dark comedy and blistering satire.

The Magnificent Weirdos is a production company which puts access and inclusion at the heart of all its work. This show will set aside a number of tickets each evening which will be available free, on a first come- first served basis to anyone who needs them, as part of a ‘No Lack of Fun for Lack of Funds’ policy.

More about this on www.magnificentweirdos.com

Comedy Festival information for Sameena Zehra-Arsebiscuits can be found at