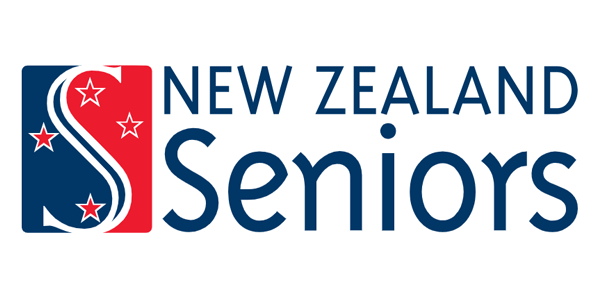 Most Kiwis are looking forward to an active and independent retirement journey, but affordability remains a key concern.

Kiwis over fifty are prioritising their independence more than ever before according to new research by New Zealand Seniors, with 1 in 2 (50%) optimistically looking forward to retirement as the beginning of new adventures.

While the events of the pandemic have caused more than a third (38%) to stray from their ideal retirement plans, leaving only half (51%) feeling on track to retire at their preferred age, it’s clear that for the most part, Kiwis feel hopeful about the freedom retirement will bring.

Commissioned by New Zealand Seniors in partnership with consumer research group CoreData, The NZ Seniors Retirement Living Report 2022 surveyed more than 1,000 Kiwis over fifty to uncover how New Zealanders are feeling about their retirement journey.

The findings reveal that around 3 in 5 pre-retirees view retirement as an opportunity to have greater control over how they choose to spend their time (56%) and to do the things they have been meaning to get around to (60%).

According to Age Concern Health Promotion and Policy Manager Joanne Reid, as Kiwis live longer, healthier, and more active lives, the importance of planning for retirement becomes ever more vital. “Too often we see people sleepwalking their way into retirement which means they are less prepared for the realities of this life stage”, says Ms Reid. “The better prepared you are, the better the experience will be, and I would encourage everyone to start thinking and planning for their ideal retirement goals in their 40’s and 50’s”.

Interestingly, a rise in remote and flexible workplace culture since the onset of the pandemic seems to coalesce with the fact that overwhelmingly, most (81%) Kiwis prefer to see retirement as a transition rather than a standalone event, with 3 in 5 (62%) finding a gradual reduction in work commitments far more appealing than setting a hard deadline.

Weighing in on this trend, Ms Reid suggests our jobs can make a particularly positive contribution to our sense of meaning later in life potentially leading to many Kiwi pre-retirees opting to slowly ease into retirement. “Many people underestimate the importance of having regular social connection in their workplace and the role it plays in their broader wellbeing. For some, retirement can mean feeling their value and sense of purpose diminish.”

On the flip side, COVID-19 has caused many Kiwis to reconsider their financial stability and job security, leaving many pre-retirees stranded with only a vague idea (40%) or no plans at all (27%) for how they’ll fund their retirement and more than half (52%) wishing they could get more support on the journey.

In a similar vein, it’s unsurprising that almost a third (28%) who have already made the leap to retirement are considering returning to the workforce, with financial stability being the top reason (74%). “Older workers are on the rise”, comments Ms Reid, “some for the purpose it brings, others out of necessity. As such, employers in New Zealand need to initiate active conversations with older employees about transitioning to retirement and should explore part-time work, job sharing, retraining, and mentoring roles, to support them financially through this process”, says Ms Reid.

Beyond the transition process itself, Kiwi seniors are also consistent in prioritising their independence once they reach full retirement.

A key trend that has emerged since the pandemic is the preference for home care as an appealing alternative to retirement villages and aged care facilities. In fact, as many as 2 in 5 (41%) respondents agree that the events of COVID-19 have prompted a desire to live closer to family.

Overall, Kiwis have a clear idea of what they are looking for when it comes to choosing future living arrangements. Maintaining independence is the single most important factor when making these decisions, with as many as 9 in 10 (89%) voting this as very or extremely important. Like two sides of the same coin, losing the ability to live independently (55%) is also a top concern among retired Kiwis, as well as a key deterrent for selecting retirement villages (43%). Other key concerns include the affordability of retirement villages (40%) and financial pressures more generally (40%).

Further insights from the research can be found on the New Zealand Seniors website here.

The perfect age to retire

●        4 in 5 pre-retirees would want to work longer if well supported and had flexible working conditions and hours (81%) – the greatest benefits being financial (76%), maintaining sense of purpose (69%) and keeping social (57%)

●        Many pre retirees see retirement positively as the beginning of -

●        There is a general preference for home care (44%) if at some stage they become somewhat of a burden to their children although retirement village or aged care is not too far behind (39%) as a preference in this case.