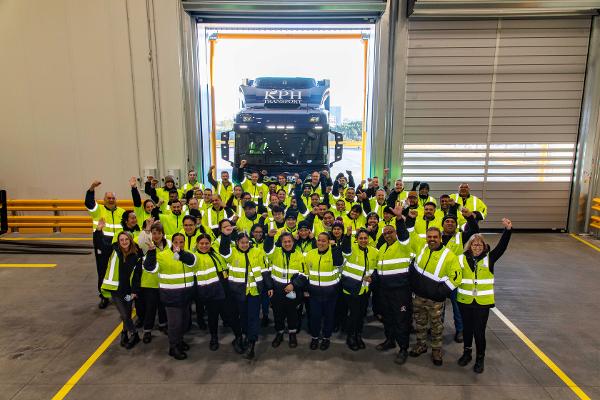 Countdown’s dedication to delivering freshness, from the farm to fork, will know no bounds with the supermarket today announcing its new, $150 million Auckland Fresh Distribution Centre (AFDC) is now officially open for business.

The 20,000sqm Auckland facility, which has created 260 jobs, features state-of-the-art green design and technology to ensure fresh produce is kept at optimal temperatures throughout the entire supply chain and will service Countdown stores across the North Island.

Countdown’s Director of Property, Matthew Grainger, says with the new AFDC now open and the Christchurch Fresh Distribution Centre (CFDC) expected to open in 2024, customers right throughout Aotearoa will be able to experience first-hand Countdown's dedication to freshness.

“Our local growers put such an immense amount of care and effort into the produce they supply us with and we have a responsibility to show that same level of effort and care as it travels from farms and into our customer’s baskets and trolleys.

“Innovation in cool chain integrity is embedded into the new AFDC and every element of the purpose-built facility has been designed to put the quality of locally-grown produce on display - from the refrigerated trucks that transport the produce from the farm through to the varied temperature-controlled zones or ripening rooms that ensure produce is in peak condition when it reaches our stores.”

The completion of the new facility also means that Countdown can now co-pack a single truck with both meat and produce to head out to stores, rather than sending a separate truck for each, ensuring greater efficiencies and fewer carbon emissions.

“The distribution centre is located next door and is connected by air bridge to the Hilton Meat plant, which supplies Countdown’s North Island stores. This means we can more efficiently pack each delivery truck with both meat and produce, saving time for the receiving stores and fewer truck trips,” says Matthew.

Auckland Fresh Distribution Centre has also been designed to a four Green Star standard, meaning it meets rigorous international sustainability standards for design, construction and operation - no mean feat for a building that needs to be cooled to as low as two degrees in some zones.

“We believe it’s a privilege to be in the business of food in Aotearoa and being kind to the planet is a huge part of making sure we can provide fresh food to Kiwis for years to come,” Matthew says.

“We’ve invested heavily in a future-forward design and implemented features like rainwater harvesting, electric forklifts, solar panels and low energy and water-use condensers to help us towards our 2025 sustainability commitments. The solar generation at Auckland Fresh Distribution Centre alone will offset approximately 183 tonnes of CO2 per year.”

Countdown’s sustainability commitments include zero food waste to landfill from stores by 2025; a minimum 5 Green Star rating on all new buildings by 2025; and a 63% reduction in emissions by 2030 from a 2015 baseline.

The Auckland Fresh Distribution Centre began fully operating on 29 June 2022 with a dedicated team of over 260 pickers, packers, operators and support staff. It will fully service all Countdown North Island stores by September 2022.