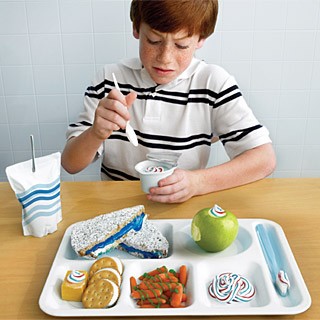 The establishment media will have to find a new tactic with which to ridicule those who oppose the fluoridation of water after a major new Scientific American report concluded that "Scientific attitudes toward fluoridation may be starting to shift" as new evidence emerges of the poison's link to disorders affecting teeth, bones, the brain and the thyroid gland, as well as lowering IQ.

"Outside the U.S., fluoridation has spread to Canada, the U.K., Australia, New Zealand and a few other countries. Critics of the practice have generally been dismissed as gadflies or zealots by mainstream researchers and public health agencies in those countries as well as the U.S. (In other nations, however, water fluoridation is rare and controversial.)"

Indeed, the zeitgeist for scoffing at those who spoke of the dangers of mass medicating the public against their will with fluoride was the deranged and paranoid character of General Ripper in the hit 1964 Peter Selllers movie Dr. Strangelove.

But that stereotype is quickly fading as serious scientific research uncovers proof that all the horror stories about sodium fluoride told down the decades are essentially true.

The Scientific American study "Concluded that fluoride can subtly alter endocrine function, especially in the thyroid -- the gland that produces hormones regulating growth and metabolism."

The report also notes that "a series of epidemiological studies in China have associated high fluoride exposures with lower IQ."

"Epidemiological studies and tests on lab animals suggest that high fluoride exposure increases the risk of bone fracture, especially in vulnerable populations such as the elderly and diabetics," writes Fagin.

Fagin interviewed Steven Levy, director of the Iowa Fluoride Study which tracked about 700 Iowa children for sixteen years. Nine-year-old "Iowa children who lived in communities where the water was fluoridated were 50 percent more likely to have mild fluorosis... than [nine-year-old] children living in nonfluoridated areas of the state," writes Fagin.

The study adds to a growing literature of shocking scientific studies proving fluoride's link with all manner of health defects, even as governments in the west, including recently the UK, make plans to mass medicate the population against their will with this deadly toxin.

In 2005, a study conducted at the Harvard School of Dental Health found that fluoride in tap water directly contributes to causing bone cancer in young boys.

Based on the findings of the study, the respected Environmental Working Group lobbied to have fluoride in tap water be added to the US government's classified list of substances known or anticipated to cause cancer in humans.

Cancer rates in the U.S. have skyrocketed with one in three people now contracting the disease at some stage in their life.

The link to bone cancer has also been discovered by other scientists, but a controversy ensued after it emerged that Harvard Professor Chester Douglass, who downplayed the connection in his final report, was in fact editor-in-chief of The Colgate Oral Health Report, a quarterly newsletter funded by Colgate-Palmolive Co., which makes fluoridated toothpaste.

- Fluoride is a waste by-product of the fertilizer and aluminum industry and it's also a Part II Poison under the UK Poisons Act 1972.

- Fluoride is one of the basic ingredients in both PROZAC (FLUoxetene Hydrochloride) and Sarin nerve gas (Isopropyl-Methyl-Phosphoryl FLUoride).

- USAF Major George R. Jordan testified before Un-American Activity committees of Congress in the 1950's that in his post as U.S.-Soviet liaison officer, the Soviets openly admitted to "Using the fluoride in the water supplies in their concentration camps, to make the prisoners stupid, docile, and subservient."

- The first occurrence of fluoridated drinking water on Earth was found in Germany's Nazi prison camps. The Gestapo had little concern about fluoride's supposed effect on children's teeth; their alleged reason for mass-medicating water with sodium fluoride was to sterilize humans and force the people in their concentration camps into calm submission. (Ref. book: "The Crime and Punishment of I.G. Farben" by Joseph Borkin.)

- 97% of western Europe has rejected fluoridated water due to the known health risks, however 10% of Britons drink it and the UK government is trying to fast track the fluoridation of the entire country's water supply.

- In Germany, Belgium and Luxembourg fluoridation of water was rejected because it was classified as compulsive medication against the subject's will and therefore violated fundamental human rights.