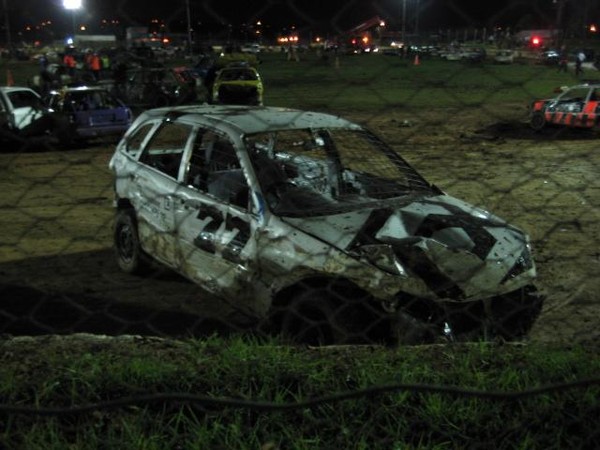 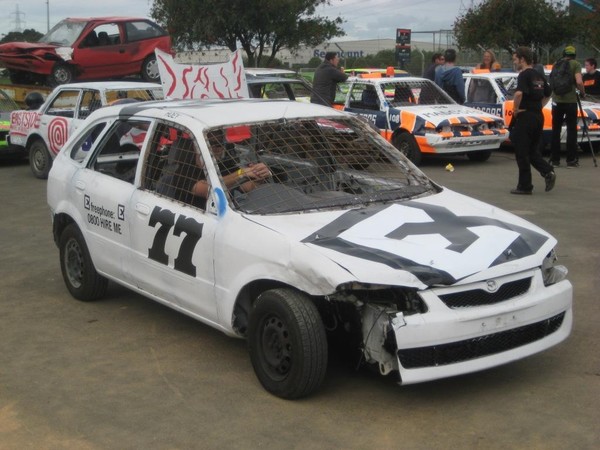 After an 'unfortunate incident' while out on hire duty, the team from Explore More found they were left with a 'Gizzy' vehicle that they couldn't send back out on the open road.

Explore More Sales Representative, Andy Hoey, thought it was perfect for the race track though! So the retired 'Gizzy' was done up in Explore More colours and taken to the Waikaraka Park Smashfest 2008 derby, with some smashing results.

Andy managed to steer the 'Gizzy' to 1st place out of 35 in the 'Jalopy' race (the warm up). In the main event there were 140 cars, and Andy took a few of them out before finishing in the middle of the pack with more than a few dings and scratches along the way, which as he says, "wasn't a bad way to say goodbye to the old girl."

For more information about Explore More campervan and car rentals (the ones that haven't been to Waikaraka Park and are still in good nick!) visit www.exploremore.co.nz  .

Explore More is a vehicle rental company offering low cost rental cars and campervans to backpackers and independent travellers. Explore More is the newest addition to New Zealand's premier tourism company, Tourism Holdings Limited (listed NZX:THL on the New Zealand Stock Exchange). Founded in 1986 as a The Helicopter Line, specializing in scenic South Island routes, Tourism Holdings Ltd owns and operates all EX Group companies. The EX Group is one of the four major divisions of THL, which Kiwi Experience, Feejee Experience, Airbus and now Explore More fall under. The newly formed EX Group focuses on youth and adventure. This comprehensive spectrum offers every type of tourist the opportunity to explore the magic and majesty of New Zealand. Whether it's an adrenal-fuelled rush or a mellow meander - the THL Group provides the entire New Zealand experience at whatever price or pace you prefer.