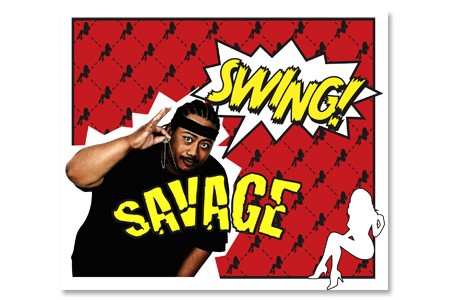 Universal Republic Records has signed one of New Zealand/Australia’s top selling Hip Hop artists, Savage for a worldwide deal. The multi-platinum rapper’s grassroots hit “Swing” has swept the U.S. hip hop world with an incredible word-of-mouth digital buzz – leaping from #77 to #17 in one week on the iTunes Hip Hop chart (currently at #14) with virtually no radio promotion.

The Samoan hip hop original, who hails from South Auckland, (the largest Polynesian city in the world) has seen is cult-hit spring from hit movie ‘Knocked Up’ to become a global phenomenon, boosted by New Zealand’s #1 Urban label, Dawn Raid Music, which licensed the smash hit to the comedy movie.

Dawn Raid and Savage have entered into a deal for Universal Republic to helm the project worldwide.
The song has literally taken on a life of its own, continuing to soar on iTunes’ Top 100 Hip Hop Tracks chart, with more than 300 user-generated videos sparked by the infectious hit now currently parading on youtube.

Stateside hip hop tastemakers such as AllHipHop.com have also raved about the pugnacious star, highlighting Savage’s past successes – his #1 smash “Moonshine,” the first release to feature Akon on a worldwide hit, and multiple international remixes also making a splash in the U.S. including Akon’s signature hit “Locked Up,” and David Banner’s “Ain’t Got Nothing.”

“Savage elicits the same kind of from-the-ground up enthusiasm and respect from fans and peers that exemplifies our own mission here at Universal Republic,” stated Lipman Co-President and COO of Universal Republic Records. “His inspiring story, along with Andy Murnane and Dawn Raid Music’s ability to maximize the tremendous groundswell of support that “Swing” has generated bodes well as we introduce Savage to a nationwide audience hungering for this kind of excitement about music.”

Andy Murnane, CEO of Dawn Raid Music, also commented: “We’re thrilled to bring Savage to Universal Republic. Avery and Monte Lipman exemplify the kind of passion and grassroots philosophy that drives both Savage and Dawn Raid Music. Their ability to take innovative artists and broaden their reach in multiple platforms is well known throughout the industry. We look forward to building for Savage a great success story here in the U.S. as we work with their energetic staff.”

“Swing” has already achieved combined sales in NZ, Australia and the US in excess of 130,000, and with the track about to go to US radio; Savage is set to have the highest selling NZ hip hop single ever!
With a new remix of “Swing” featuring worldwide phenomenon Soulja Boy going to US and NZ radio this week and a forthcoming US album release slated for the 4th quarter of 2008, Savage’s star is firmly on the rise!

Universal Republic is home to many of the world’s biggest recording stars including the Grammy winning multi Platinum artist Amy Winehouse, Jack Johnson, Colbie Caillat, Chamillionaire, Mika and The Who to name a few…