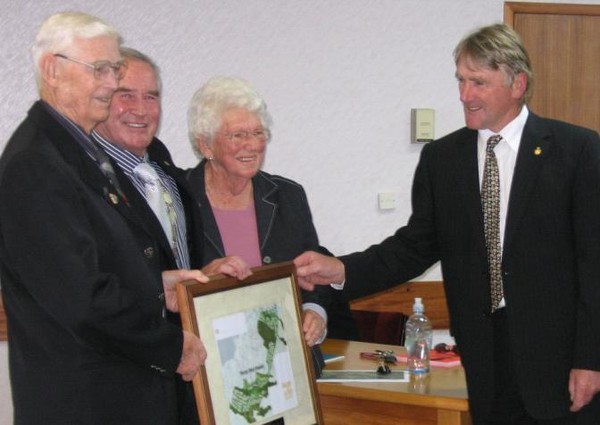 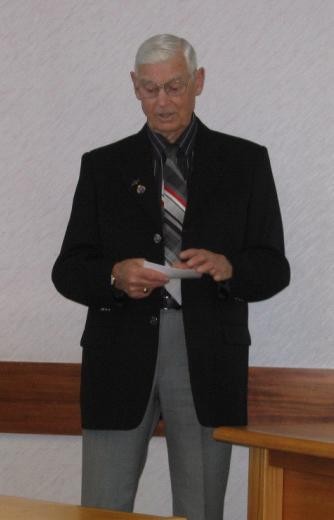 At yesterday’s Council meeting in front of family, friends and colleagues, Taupo District Council officially named two locations after Mr Murray Black to formally acknowledge his outstanding contribution to the community and the region.

The two locations – one rural and one urban – that have been officially named after Mr Black include:
· ‘Murray Black Forest’ – on the Rangitaiki Plains
· ‘Murray Black Domain’ – the future sportsground and recreational reserve within the Master Plan for Taupo’s future East Urban Lands development

“Mr Black's association with Local Government spans no less than four decades. There is no one in local or regional government with such a comprehensive record,” said Councillor Welch who worked alongside Mr Black on the Taupo County Council.

While Councillor Welch covered the formal contribution made by Mr Black over the years, Deputy Mayor Christine McElwee talked about some of the anecdotal memories she had of the dedicated long-term community member.

“Mr Murray Black has provided unparalleled public service to Taupo District, to the wider region and to New Zealand,” she concluded.

With his family behind him, Mr Murray Black moved into a position where he could address the whole room and said that this recognition should be for his family.

“Without my family's support I wouldn't be able to do the things I'm alleged to have done – this is really an acknowledgement of the Black family,” he said.

He then joked about having his own management team. “I've got a management team of five – my wife and four daughters. Its just like Council - I've got to get consent to do some things!”

Mr Black then articulated the reason why he decided after 40 years that it was time to retire. “My great love in life for 25 years was water skiing. It's really exhilarating… almost better than parachuting which I've also done.”

Mr Black was initially elected to the Taupo County Council in 1962 and served as County Chairman from 1972 – 1988.

Some of the many other organisations that he has either chaired or been a member of include the National Water and Soil Conservation Authority, the NZ Catchment Authority, the NZ Counties Association, the Lake Taupo Reserves Board, the Lake Taupo Advisory Committee, the Trustbank Bay of Plenty Community Trust and various tribunals to establish National Water Conservation Orders.