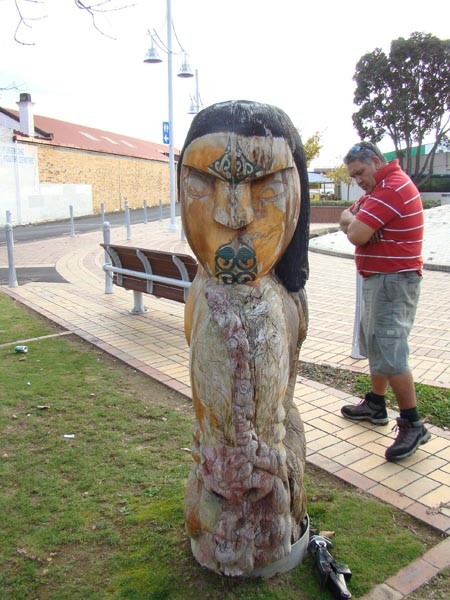 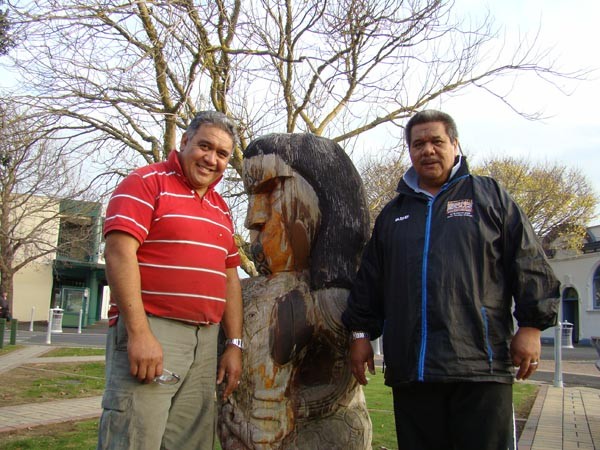 Carving Gets a Make Over

Franklin’s “Lady of Achievement” Papatuanuku carving has stood in the Pukekohe town centre since the completion of the town square upgrade.

During this time she has weathered her fair share of storms and sun and her hard life under the elements is beginning to show. For this reason Master Carver, and creator of the carving, Ted Ngataki, is going to begin restoration work on the carving which will require it to be removed.

Ted has been carving for many years including works for the Maori Queen. Franklin District Council is grateful to have him back on board and is very supportive of the restoration work.

Papatuanuku will be moved to Ted’s workshop at Whatataka Marae. It’s there where he and his assistant carvers will remove the decay and restore her to her former beauty before placing her back in the square.

In Te Ao Maori Papatuanuku is the land, a powerful mother earth figure who gives many blessings to her children. She was originally one of four planned carvings for the town square and was chosen first to acknowledge the achievements of women in New Zealand when she was created. It was also fitting that an earth figure was chosen for a District that is strongly tied to the earth.