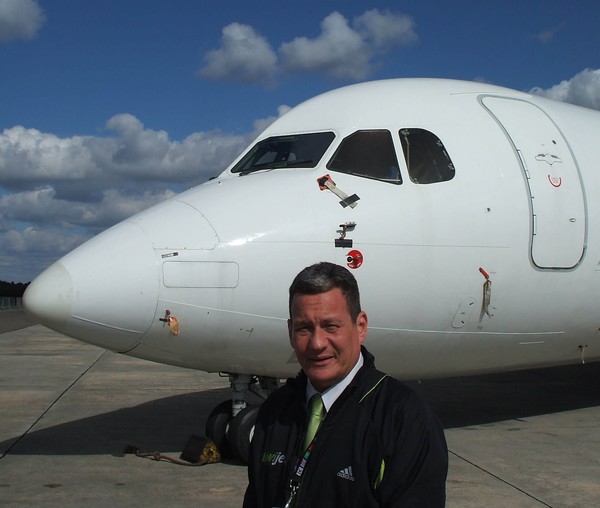 The Kiwijet Airline Company will resume its development after a five month hiatus. We have decided that the best course for the company is one of caution, since the global economic credit crisis will make the development of any business especially an airline a great challenge over the next two years. In order to minimize the impact to our investors we will focus on launching Kiwijet first as a cargo only airline. Now planning to operate two British Aerospace BAe 146-300 QT’s (Quiet Trader) on domestic small package, and post services initially in the second quarter of 2009. Then moving onto passenger operations in the fourth quarter of 2009.

We have made some changes here at Kiwijet our Chief Executive, Patrick Weil. Established Kiwijet Holdings USA Inc. in Los Angeles to facilitate a financial trust for investor funds. Mr. Weil recently completed his relocation from Miami to Los Angeles. This move was significant since our investor group is based in Los Angeles, and key players such as banks and financial advisors are all based there as well. Mr. Weil was recently appointed as a special advisor to the board of directors of Hollywood based Webcastr.com which is an internet based global television website that hosts such giants as CNN,FOX,SKY,BBC and over two hundred other major networks. We have appointed Los Angeles based Commercial Aircraft Group LLC. To handle all aircraft related transactions. and key personnel placement on Kiwijet’s behalf.

We would also like to thank to our financial advisor David Anderson for his spot on analysis of the global oil market, and he expects oil to continue to fall to around $ 50.00 US per barrel by the second quarter of 2009.
As oil falls and the availability of aircraft increases we feel that now we can proceed forward with our plans albeit with caution. We believe that by launching Kiwijet as a cargo operator first we will greatly reduce the initial start up costs and avoid the expected downturn in tourism brought on by the global credit crisis. We will be watching events such as the US and New Zealand elections with great enthusiasm and cautious optimism.

Contrary to popular trends we feel comfortable that launching the airline now will give us greater momentum than if we had launched a year ago. As the US dollar strengthens and oil drops our operating costs will be below our own forecast just six months ago. Our decision to jump into the domestic cargo market was based solely on the lack of suitable cargo aircraft in New Zealand. Operators in New Zealand’s overnight air cargo business are operating aircraft 30 to 60 years old. Our BAe 146-300 QT’s can operate into 26 airports across the country without curfew limitations due to noise.

If all goes as planned we will begin hiring staff just after the first of the year for a total of 46 team members initially including cockpit crew. The number of qualified crew has increased tenfold since May as well as qualified engineers.
Please note that we have changed our email address to kiwijet@rocketmail.com for submissions of CV’s and all correspondence. Our telephone number in Christchurch remains unchanged and managed by Optymise Ltd.

Mr. Weil will provide a detailed statement by week’s end as to the direction and challenges ahead for Kiwijet.

Kiwijet is staying committed to serving the people of New Zealand as well. We have just past the two year anniversary of our incorporation on October 6th, and our company is proud to be debt free as of this release. We were fortunate to delay our operations in May when we saw that Kiwijet would have been short lived during a time or record fuel prices. Patience is a virtue, and good things come to those who wait.

We look forward to serving all New Zealanders in the coming months.

“Soon all Kiwis’ will fly.”
Cheers.