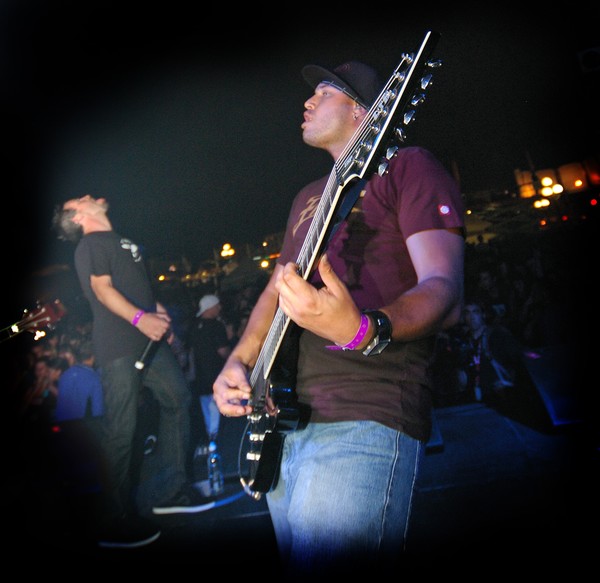 Blindspott to play one off gig at Vodafone Homegrown

Blindspott have confirmed they are reforming for a one off performance at Vodafone Homegrown (March 14)
Originally typecast as too heavy for radio, the networks were forced to play Blindspott's songs due to overwhelming requests from their listeners. The rest is history - a major label bidding war, two number one albums, triple platinum sales, 2 number one airplay singles, countless sold out tours, and overseas adventures in South East Asia, Japan, America and Australia.

After 10 years together the band went their separate ways in 2007. Drummer Shelton Woolright and guitarist Marcus Powell pursued opportunities in the UK. Bass player Dave McDermott relocated to Melbourne vocalist Damian Alexander is still involved in the New Zealand music scene as well as focussing on his design work with street wear brand Illicit clothing.

Alexander explains the decision to play at the Wellington festival, “We’re definitely not reforming but the opportunity to play Vodafone Homegrown amongst such a comprehensive line-up of Kiwi bands was just too good to turn down. It will be huge!”

Blindspott will be sharing the Jim Beam Stage with Supergroove, Opshop, Evermore, Good Night Nurse, Streetwise Scarlett and Elemeno-P. Other big names on the other 4 stages include Head Like a Hole, Weta, Kora, The Black Seeds, Tiki, Katchafire and Concord Dawn.

The festival sold out in this year and with tickets selling 5 times faster for next year’s event Blindspott fans are encouraged to get them soon. Tickets are $90 from Ticketek, for the full lineup and more information visit www.homegrown.net.nz

George FM Stage (One act still to be named)

Amphitheatre Stage (Free to the Public)