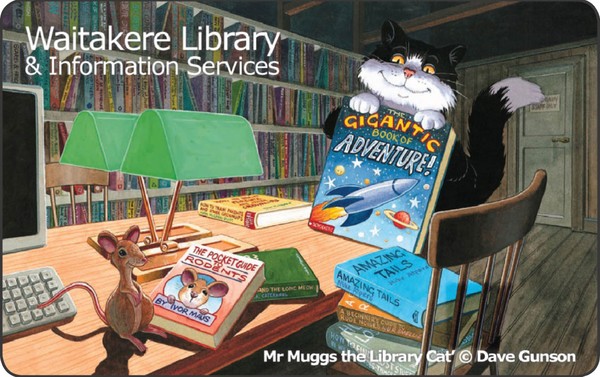 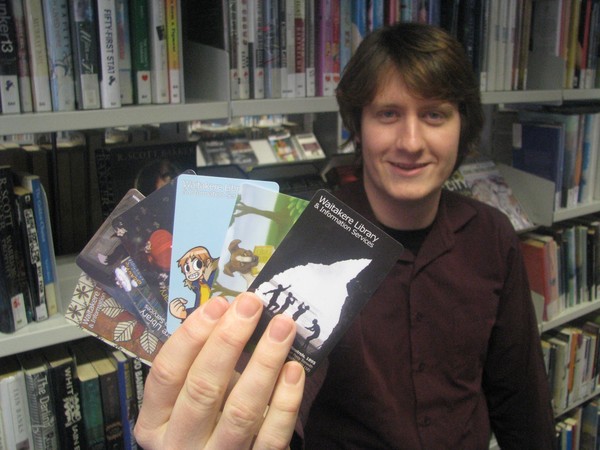 Daniel Mayo-Turner shows off some of the new library cards on offer CREDIT: Waitakere Library and Information Services 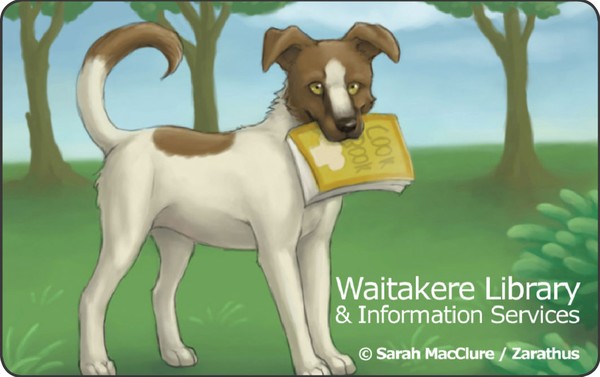 Daniel Mayo-Turner shows off some of the new library cards on offer CREDIT: Waitakere Library and Information Services

New artwork on the cards

A dragon, a book-loving cat and a photo taken at Piha beach in 1895 are among the images featured on Waitakere Library and Information Services’ new range of library cards.

The designer cards feature works from local and international artists as well as old images from the service’s own history print collection.

Twelve new designs have been introduced this year and four others have been reprinted from previous series. Waitakere City Council is one of the few councils in New Zealand to offer such a wide range of artistic library cards.

“The images appear on cards for both adults and kids and have become really popular,” says Culture and Community Committee chairman Judy Lawley.

“It’s a novel way to get art in to the community as well as celebrate some of the scenery, buildings and history of Waitakere. It would be great if they were to become collectable items.”

Titirangi artist Sarah MacClure says she didn’t have to look far for inspiration for one of her designs, a likeness of her pet Jack Russell named Dusty features on one of the cards.

Her other two designs of a werewolf and a dragon tap in to a common theme in her work, fantasy creatures.

“Books about fantasy and supernatural creatures are quite popular and it’s something I enjoy doing,” says the horticulture student who has previously done some work experience at the Oscar award-winning Weta Workshop.

“It’s neat that to think that something I have created is now on a library card that people will carry around with them.”

Other images appearing on this year’s cards include a scene from Mr Muggs the Library Cat by New Zealand author/illustrator Dave Gunson, a character by Canadian comic book artist Bryan Lee O’Malley, a photograph Chinese lanterns and historical images of Scenic Drive (1938) and Titirangi Hotel (1935).

A photo of four unknown people singing and dancing on Piha Beach was taken in 1895 and is one of oldest in this library’s historical collection.

Waitakere residents becoming a new library member or wanting to replace their old card can choose whichever design they like. A reminder that there is a small charge for replacing a library card.

And if you can’t decide which one you like the library will be selling commemorative sets of all 16 cards from the shop at Waitakere Central Library.

To view all the designs available go to www.waitakerelibs.govt.nz