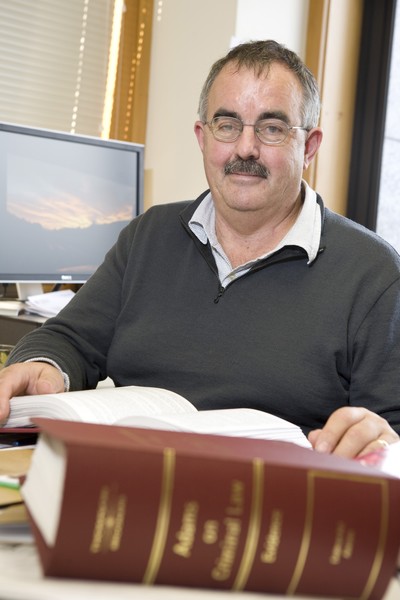 UC law professor Jeremy Finn is one of a team of researchers to be awarded more than $85,000 by the New Zealand Law Foundation to investigate alternatives to the current pretrial and trial processes for sexual offence cases.

Professor Finn said the current mode of proceedings in criminal trials for sexual offences was widely perceived to be unfair to complainants and likely to lead to undeserved acquittals of offenders.
“The project will investigate possible options for modification or reform of the current procedures for trial and pretrial processes for prosecuting sexual offenders, including possible alternatives to adversary criminal trials,” Professor Finn said.

Possible options include changes to the existing law, particularly in regard to the onus of proof where consent is an issue; the creation of specialist tribunals or courts to hear sexual offence cases; and the adoption of some form of inquisitorial procedure.

Inquisitorial procedures could see the investigation supervised by a judge rather than the prosecution, and the trial judge, rather than the parties, would determine what witnesses were called and how they were questioned.

The researchers will collect and evaluate data and opinion on the current law, investigate inquisitorial procedures and then provide feedback for discussion and formulation of policy advice.

“The research is intended to stimulate debate within the community over the need for reform of the law, to indicate the possible options for change, and to provide a principled and objective evaluation of the merits and disadvantages of each option,” Professor Finn said.

“It will help to shape the form of any proposals for law reform in this area.”
The support from the New Zealand Law Foundation will make it possible to employ an experienced researcher who will work under the joint supervision of the three legal academics.

Professor Finn said the size and scope of the project was only possible because of co-operation between the universities’ law schools, which allowed the researchers to combine their different skills and expertise.
The Director of the New Zealand Law Foundation, Lynda Hagen, said the foundation was keen to support cross-university co-operation on large-scale research projects, and was pleased to be able to fund research that would evaluate current procedures, stimulate public debate and recommend possible improvements.