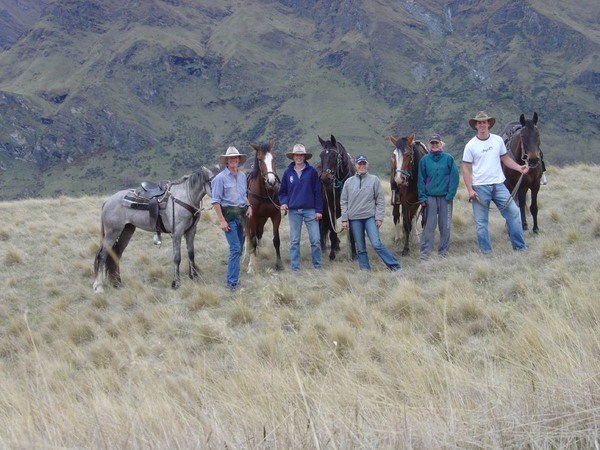 A New Zealander living in Perth who says he is not a good rider will hop on different horses to compete in the world's longest and toughest horse race, over 1000km across Mongolia later this year in the inaugural Mongol Derby.

Dave Murray, formerly of Tekapo, will be one of 25 riders from nine countries to race across the Mongolian plains from August 22, each of them changing horses every 40km.

Murray, 29, will raise stg1000 to go toward the official charity Mercy Corps to support nomadic families and herders across Mongolia. He has to lose 12kg to meet the 85kg riding weight first.

``I have a real dream to help the homeless children of Mongolia and if I want to raise money to build them shelter from the -30Cdeg winter temperatures. I am not a good rider so it's a mammoth challenge. I have been lucky enough to explore and experience a number of different countries and cultures in my life; August 2009 is going to be the biggest adventure yet - riding 24 horses across the wilderness of Mongolia. ‘’

``I work in Perth for a leading independent energy company Apache Energy that explores and produces natural gas, crude oil and natural gas liquids. I am a technical adviser and offshore company representative. I am also a qualified commercial deep sea diver, pilot, passionate windsurfer and mountain climber.

``A polo club in Western Perth and some local farmers are helping me improve my riding skills. But it's literally a crash course on improving limited cross-country skills because I sprained my ankle last week.

``I am in no way an expert horseman and this task I have set myself is an absolute challenge from day one. And my situation is rather unique in that I feel in a way I am representing Australasia - the Anzacs: my home is in new Zealand and my work is in Australia.

``I want to do this because I have found out some children in Mongolia have to live under ground to survive the desperately cold winter months so more money I raise will also go to the Cristina Nobles Children’s Foundation. They have an emergency fund established to provide homes to families who have become homeless. Many children live in underground sewers and huddle beside hot water pipes to stay warm in the bitter winter months, where the temperature plummets.’’

Murray plans to stay on for a few weeks to help erect some of homes that I hope to be able to purchase through the charity.

The race has been framed around the communications system used by Genghis Khan, a kind of pony express using a relay system which was able to get a message from Mongolia to Eastern Europe in just 14 days. The modern-day riders will use 800 horses, each of them finding their own route across Mongolia.

``I try and do something different every year. I knew the chances of getting in with my limited horse experience would be tough so approached one of my best mates Zara Phillips (Princess Anne’s daughter) for her support and help for an important charity cause.

`` At the age of 15 organised myself to go to school in Scotland Gordonstoun – having Scottish blood in my veins and coming from the Mackenzie Country - I felt a strong connection with the country. That’s where I met Zara and we helped build a school in the Indonesian jungle during that time.’’

``Last year I rode a motorbike 5000km around five South American countries. With four friends we hired bikes in Buenos Aries, drew a rough red line across a number of maps and set off across Uruguay, Brazil, Paraguay, Chile and Argentina camping and staying with complete strangers the whole way around. We climbed across the Andes Mountains, where our motorbikes ran out of oxygen and the temperature dropped to -22 degrees. We drove across deserts, through jungles, featured on television shows, drove down mud roads, through rivers, ice and snow and tasted South America as it should be seen, every element of the journey first hand.’’

Two other New Zealanders, Charlotte Davison and Hannah Ritchie, are also taking part along with 800 horses and each rider them finding their own route across Mongolia.