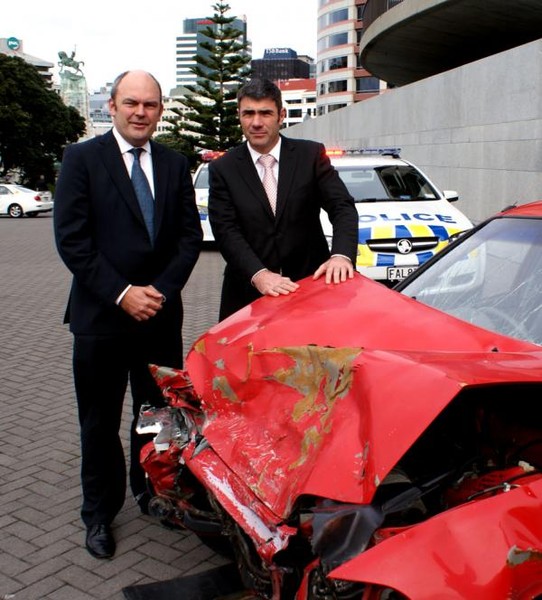 He says the feedback received from road users will be used to develop a national road safety strategy for the next ten years. This strategy will be released in December.

“The roading system belongs to road users so I am urging everyone with an interest to have their say, and be part of efforts to improve road safety.”

Mr Joyce says these areas were chosen as priorities because they are problem areas where real gains can be made.

“In recent years, there have been some major gains in road safety – the road toll has more than halved since its peak in 1973, while at the same time kilometres travelled have more than doubled.

“But despite these gains, hundreds of New Zealanders are killed and thousands injured on our roads every year, mostly in preventable crashes. Safer Journeys is a step towards improving the safety of our roads.

“Our road toll does not compare favourably with the countries we like to compare ourselves with. We have considerably more deaths per head of population than Australia and Ireland, and twice that of the United Kingdom.

“As well as the impact on families and communities, the social cost of road crashes is estimated to be $3.8 billion dollars a year.

“While the document outlines more than 60 initiatives, it is not my intention to introduce anywhere near that many changes. The purpose of this review is to have a public debate about which are the most likely to make an impact and the most necessary to adopt,” says Mr Joyce.

Public consultation is open until 2 October. Initial actions will be implemented over the next year or two.

A full copy of the discussion document, as well as a summary guide and submission form is available on www.saferjourneys.govt.nz.

In 2008, alcohol and drugs contributed to 31 percent of fatal crashes and 21 percent of serious injury crashes. These crashes resulted in 119 deaths, 572 serious injuries, and 1,715 minor injuries.