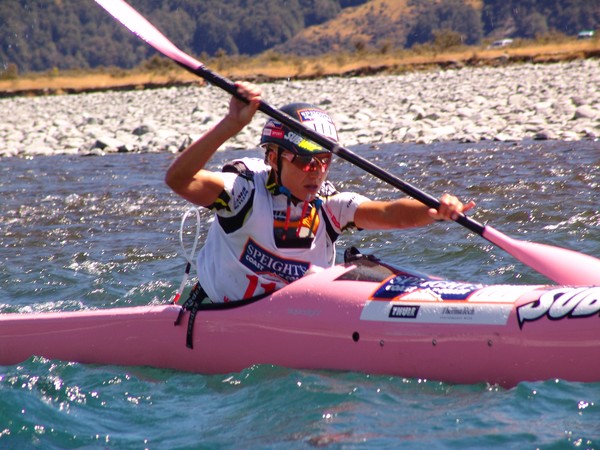 More than a quarter of a century has passed since Robin Judkins sent 77 people on a cycling, mountain running and kayaking race across the country. His race kicked-started the global adventure sports phenomenon, but 28 years later the Speight’s Coast to Coast continues to grow both at home and away.

More than 30 years since he first dreamed up his Coast to Coast concept, Robin Judkins still shakes his head at the juggernaut that he created. The 243k event routinely attracts 800 entries from all over the world. Entries for 2010’s 28th Speight’s Coast to Coast, scheduled for February 12 and 13, opened recently and despite being six months away the event is already more than half full.

Certainly it’s a far cry from the concept that Judkins dreamed up way back in 1980.

“A group of us did a mini-expedition where we climbed Mt Aspiring then kayaked down the Matukituki River, across Lake Wanaka and down the Clutha River to the sea,” explains Judkins. “Not far from the finish Peter Tocker said that if we had climbed Aspiring from the West Coast side we would have gone from Coast to Coast, and I said then, ‘Holy shit, that’s it!’”

It took three years to get the inaugural Coast to Coast underway. Of the 77 entrants only three were from overseas and only four were female. “It seemed huge then,” chuckles Judkins, “but this year we had 798 starters, of which over 200 were women and more than 100 were internationals.”

International interest is the fastest growing aspect of the Speight Coast to Coast. “In 2009 we had entries from 19 countries and hosted media from Australia, Brazil, Japan, USA and the UK,” says Judkins, who has just returned home from Brazil where he was advising on yet another new international multisport event.

But it is the internet that Judkins, who earlier this year was awarded the New Zealand Order of Merit for services to sports administration, sees as the most useful tool for spreading his Speight’s Coast to Coast word.

“In 2009 the live race day coverage on our website (www.coasttocoast.co.nz) received 11.4 million hits from 49,000 unique visitors,” he says. “If you think about it, that the equivalent of filling a major stadium to watch the Speight’s Coast to Coast.”

“It’s amazing really, but it also shows just how popular and just how global the Speight’s Coast to Coast has become. We limit the event to 800 entries but there are more than 49,000 people interested in doing it!”