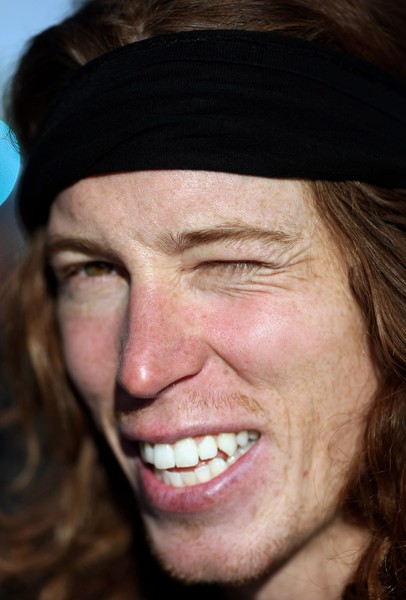 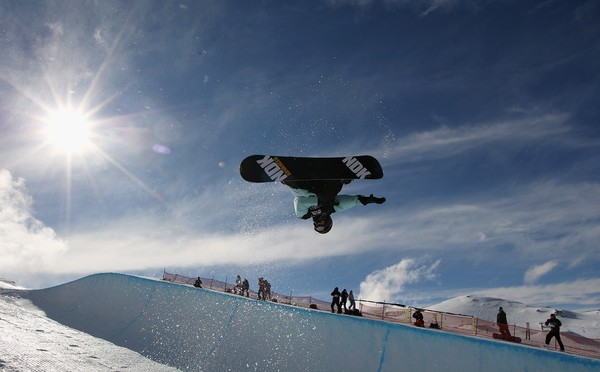 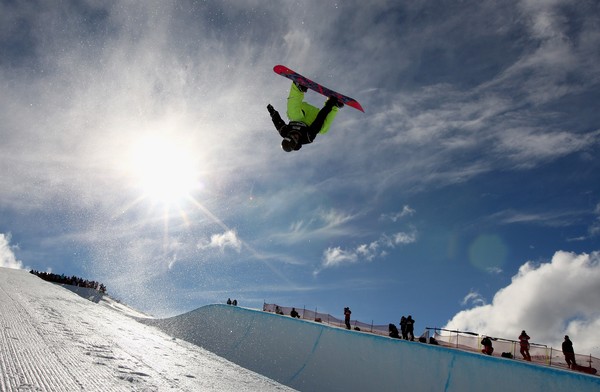 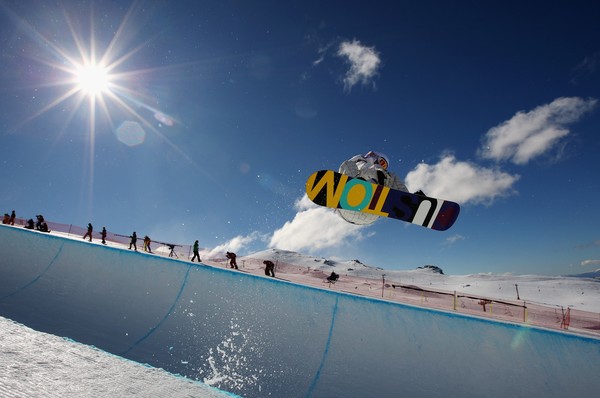 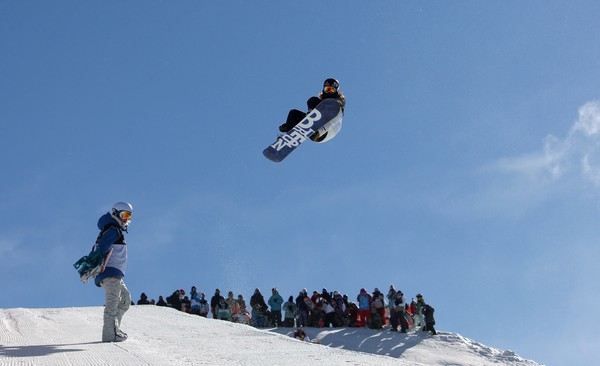 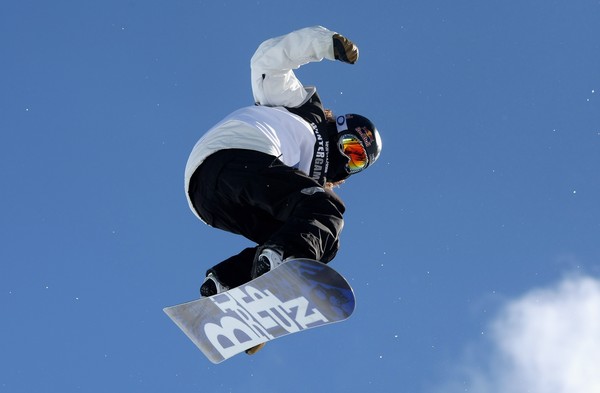 Semi-finals scheduled for the morning were cancelled as strong northerlies made conditions too dangerous for the high amplitude off jumps that sets the best apart. “If the riders go three metres up in the air right now they’ll end up in Wanaka!” said head judge Ola Sundequist.

Liu took victory with her first run that finished with a front-7 to a cab-7 scoring 44.1, nearly nine points ahead of her closest rival. American Kelly Clark came good to grab silver with the best second run of 40.5, while consistent quality from compatriot Gretchen Bleiler secured bronze with 37.1.

“It was a super technical run. She jumps twice as high and holds her grabs for twice as long,” added judge Ste’en Webster.

There was plenty of love in the crowd for local rider Juliane Bray who completed a solid first run in a shower of ice. Promising to try something different second time around, she couldn’t quite nail her tricks but achieved her goal of a top ten finish, moving a step closer to Olympic qualification. Fellow Kiwi Kendall Brown also made the final and ended up seventeenth.

Shaun White took victory with his first score of 47.1. Silver went to Iouri Podladtchikov from Switzerland with a storming display scoring 44.4 and Kazuhiro Kokubo gave the vocal Japanese fans plenty to cheer about with bronze and 43.2.

Mobbed by the media and fans at the end of his second run, White said, “I knew I’d already won so it was fun to have a victory lap and I let out two of my best tricks – a cab 1080 double cork and a frontside double. What a wild event! I didn’t think we were going to ride today – the wind was unreal.

“I feel great. I honestly think I rode better today than I did in the Burton NZ Open. I feel like I nailed it, not only in the scoring but also by sticking my tricks. It’s one thing to do a double cork but another to perform it in competition. I was smiling and singing a song on my runs. I have some new tricks in store but I don’t think I’ll be revealing them right now!” he said.

Ola Sundequist summed up the action: “It turned out to be a fantastic day which I wouldn’t have believed this morning. The women’s result was closer and exciting to the end. Shaun White won because of amplitude off the jumps, level of difficulty and the fact that he’s creating new tricks. We haven’t seen that in the sport for a few years. What we’ve witnessed at Winter Games NZ here today clearly demonstrates the progression being made by both men and women.”