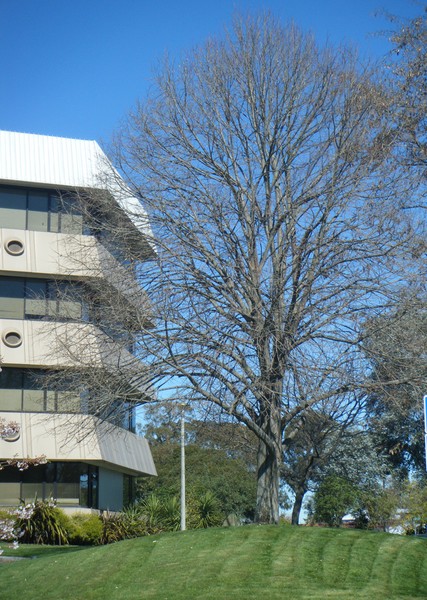 A tree planted to mark the special relationship between Hastings’ Sister City Guilin is being saved from damage and moved to make room for the new Customer Service Centre, being built next to Hastings District Council’s administration building on Lyndon Road.

Although building the new centre behind the Tilia tree was a serious consideration there was a high risk the tree would have been damaged throughout construction.

With the tree safely relocated the new building will be constructed closer to the street and at street level to give easier access.

On Monday, specialist tree movers from Hamilton will prepare the tree for removal, excavate the root ball and lift the tree onto a truck using a large crane.

The tree will then be carefully moved just 50 metres across the road to its new home, on the grass area on the corner of Lyndon and Warren Streets between Council and the library.

Councillor and Guilin Sister City director Kevin Watkins says Council was adamant the tree was to be retained and protected from damage but agreed the current position was not appropriate with the construction of the new customer service building.

“Leaving the tree where it is was a serious consideration but investigations showed construction equipment near the base of the tree would seriously threaten the long-term health of the tree and possibly putting the public at risk if the root structure was to be damaged.

“However, it was important to keep the Guilin tree near the civic buildings to recognise the relationship between Guilin and Hastings City. The new position is perhaps even more prominent than before.

“Council has discussed moving the tree with representatives of the Guilin Sister City board of directors and they are very happy with the move,” Cr Watkins says.

The tree was planted in March 1981 by Hastings Mayor JJ O’Connor and Guilin Mayor Liang Shan and has grown to 10 metres in height.

For safety reasons access to the administration buildings will be limited to the rear entrance during the removal of the tree but there will be clear signage to direct visitors.