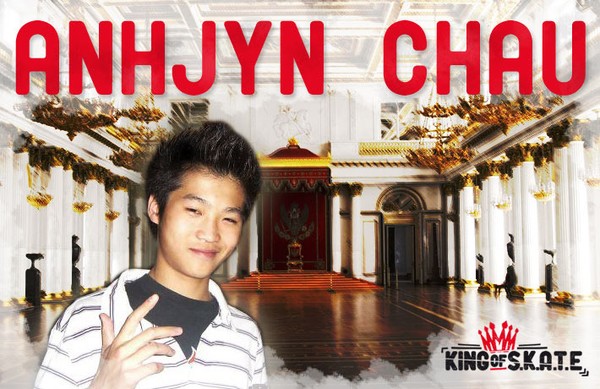 "And the winner is...“: AnhJyn Chau out of Germany – and it was very exciting until the very last second.

After 16 challenging final rounds and a massive show AnhJyn Chau won the title "King of S.K.A.T.E 2009“. On top he receives 2.500,- EUR prize money and a lot of coverage in magazines and websites all across the world – congratulations! Matthias Frei got the pretty unthankful 2nd place – just like last year.

AnhJyn went through the 20 rounds until the grand finale without receiving one character and even could win seven of the weekly prizepackages. During the grand finale AnhJyn only failed at 3 out of 16 tricks and became at the end the winner of the 2009 edition of the King of S.K.A.T.E.

You can watch all tricks and winners at www.king-of-skate.com!

Big THANKS to all sponsors, media partners, participants and audience – without you guys we would not have had so much fun! Please check back in May 2010, when the King of S.K.A.T.E will start with it´s 3rd edition including some modifications.