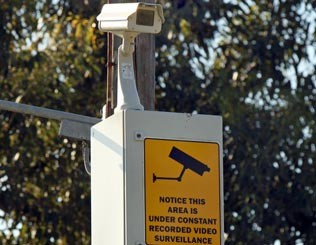 Internet Eyes to pay Australians for spying on UK shoplifters

By David Murray in London

AUSTRALIANS could soon be paid for spotting crimes happening on the other side of the world.

British company Internet Eyes will offer a reward of up to $1740 to people who detect shoplifting and other crimes on a network of UK security cameras.

Subscribers will watch live footage over the internet on their home computers.

The company believes the different time zones made Australia the ideal location for detecting night-time crime in the UK.

"I would love people in Australia to be looking at this," managing director Tony Morgan says.

The scheme could also be switched so that UK residents monitored cameras in Australian cities, Mr Morgan says.

Since the fledgling system first gained publicity in Britain last week more than 7000 people have signed up to be "viewers".

That would be enough people to monitor 28,000 cameras when the system is rolled out, as soon as next month.
Related Coverage

Subscribers will be given access to random, constantly-changing cameras. Those who report the most crimes with the click of a button are given a cash reward.