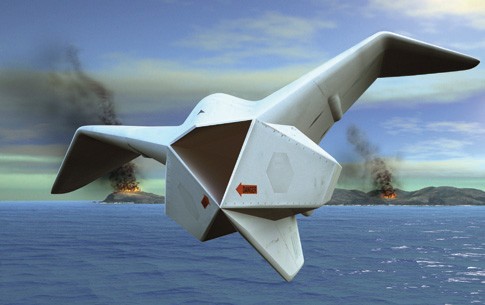 
Paul Joseph Watson Prison Planet.com Monday, December 21, 2009 President Barack Obama has said that spy drones will be used to enforce CO2 emission regulations, while British Prime Minister Gordon Brown has outlined plans for the European Union to police compliance with carbon-cutting targets. The final Copenhagen Accord included the provision that a global "governance structure" would be set up to control taxes on CO2 emissions and this is already starting to take shape after Gordon Brown announced that he is drawing up plans with French President Sarkozy for the EU to become a global warming policeman. "Mr Brown and French President Nicholas Sarkozy now are working proposals for a "European monitoring organisation" that will oversee every country's actions on emissions," reports the Telegraph. "I will work with President Sarkozy for a European organisation that will monitor the transparency that is being achieved not just in Europe and our own countries, but in every country around the world," said Brown, adding, "I think people deserve for there to be international reporting at the highest standards of what is being done." In addition, President Barack Obama said that satellite technology would be used to check if countries like China are living up to their promises to cut CO2, a move that has been termed "eco-spying". New advancements allow drones to monitor greenhouse gas emissions over a certain geographical area. "We can actually monitor what takes place through satellite imagery and so forth, so I think we are going to have a pretty good idea of what people are doing," said Obama. "It is hoped that the use of satellite imagery will increase pressure on every country to do their part once targets are eventually in place," according to the Telegraph. While this will inevitably pose highly problematic geopolitical flash points in the short term, specifically with regard to U.S. satellites snooping on China, one can only imagine the long term implications of such measures on an individual level. Governments are already announcing laws to track and trace every mile we travel via black boxes in our cars. In future, is every business going to be assigned its own individual spy drone to monitor and report on its CO2 emissions? In a wider sense, this is all geared towards further crushing any notion of border integrity or national sovereignty in pursuit of a global government authority to rule over all countries, zealously enforcing draconian CO2 reduction targets that will bankrupt richer countries while completely devastating the third world, leading to untold poverty and millions more deaths as a result of skyrocketing food prices.