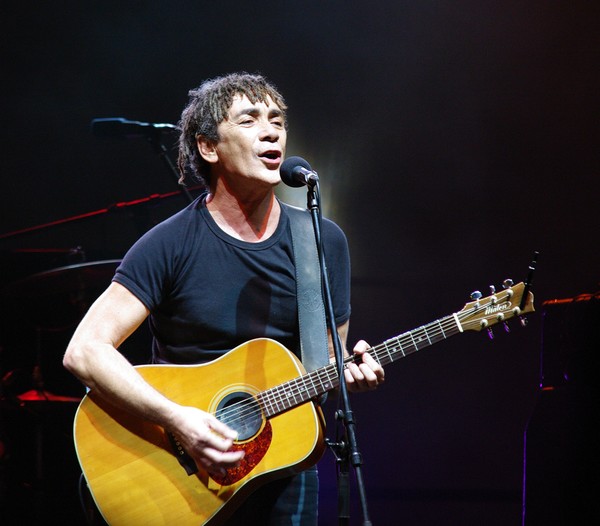 While ‘July Snow in Queenstown’ isn’t as catchy as ‘April Sun in Cuba’, snake eyes will be on paradise this winter when Dragon comes to Queenstown for the 2010 American Express Queenstown Winter Festival.

Festival organisers are proud to announce Kiwi rock legends Dragon as the headline act for this year’s Air New Zealand Mardi Gras to be held on Tuesday 29 June.

Festival Director Simon Green says it’s a real coup to secure one of Australasia’s most popular bands of all time for the Southern Hemisphere’s biggest winter party.

“Dragon is up there with iconic Kiwi bands like The Exponents, Hello Sailor, Split Enz and DD Smash in terms of its contribution to New Zealand’s music history.  The Mardi Gras playlist includes all the Dragon classics so there’s bound to be plenty of dancing and singing along.”

Featuring a star-studded local and international line-up, the Air New Zealand Mardi Gras is one of the major free community events of Queenstown’s 10-day Winter Festival which runs from 25 June to 4 July 2010.

Also on the bill is Australian sensation The Jefferson, a four-piece melodic rock band who will be touring New Zealand and Australia in July before recording their debut album.  Local stars include The Cartel, the Sequin Sisters and a special appearance from the Lindauer Top Blokes.  A host of Queenstown’s young upcoming bands will also perform on the Rockformation Stage on upper Beach Street.

Mardi Gras sets Queenstown abuzz with music, entertainment and food stalls from 5.30pm onwards on Winter Festival’s Tuesday evening.  As always, Mr Green is expecting big crowds at the Earnslaw Park and Beach St stages which will rock to a range of local and international performers.

“It’s a real locals’ night out with friends and family wrapping up warm to enjoy the entertainment, food stalls and staving off the winter chill with the Lions’ special mulled wine concoction.”

Dragon formed in Auckland in 1972 and relocated to Sydney in 1975.  It has gone on to become one of Australasia’s most well known bands of all time.

Mark Williams’ talents span the musical spectrum – he’s done everything from radio and TV commercials to sing with famous Aussies and Kiwis like Renee Geyer, Jenny Morris, Eurogliders, Ian Moss, Richard Clapton, The Church and Sharon O’Neil.  His best-known song, "" target="_blank">Show No Mercy" (1990) was a Top 10 hit in New Zealand and Australia and was chosen to launch the 1990 New South Wales Rugby League grand final.

More about The Jefferson

Direct from Sydney, The Jefferson is widely tipped as a rising star in the music world.  The four-piece melodic rock band is touring Australia and New Zealand in July and will return to the studio to record their debut album later in the year.

More about The Cartel

The Cartel regularly plays at the town’s biggest venues and has earned a strong local following for its covers of the Foo Fighters, Muse, Black Sabbath and Queens of the Stone Age songs along with other classics.  Band members are Shay Muddle (Vocals, Bass Guitar), Brett Giddens (Lead Guitar), Hamish McBride (Drums), Pearly McGrath (Singer, dancer/clapper).