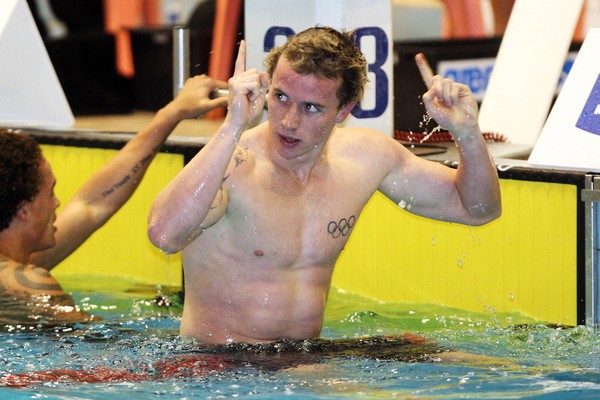 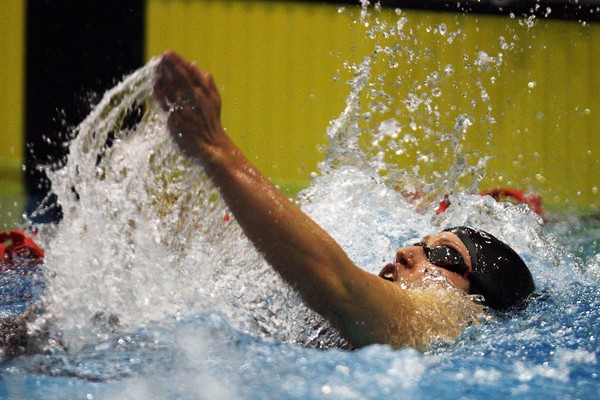 Ingram, the Beijing Olympian who missed out on the world championships last year, produced a strong performance to win the women’s 200m backstroke under the qualifying time at the West Wave Aquatics Centre in the official Commonwealth Games Trials.

There were three swimmers under the qualifying mark on the penultimate night of finals with Ingram joined by fellow North Shore swimmer Daniel Bell and Southland’s Natalie Wiegersma, who both qualified in their second event for New Delhi.

This brought the total to nine qualifying performances from seven swimmers with one day remaining.

Ingram went through the halfway point of the 200m backstroke just under her time in the heats in 1:03.88 before two 33s laps to clock 2:10.73, nearly a second inside the qualifying mark.

“I definitely felt a few demons walking along the pool to the blocks tonight. It was maybe not quite as fast on the back half than I would have liked but it is definitely my fastest swim in a fabric suit. It’s a bit like starting again now to race without the suits.

“And most importantly I got the qualifying time. I am absolutely thrilled to get that out of the way.

“The qualifying times are definitely very tough. I think the team is going to be very good for the Commonwealths. The tougher the qualifying times then everyone raises to that and there has been some great swims here. If you raise the bar then people will go with it.”

She set the tone for the night with Daniel Bell recording his second qualifying performance in winning the 100m backstroke in 54.40, half a second under the qualifying time. He will also be able to swim the 50m backstroke in New Delhi.

“I would have liked to have gone half a second faster but it was still a pleasing performance. I am happy with this week. We will go away and look at that and put in the hard yards through to the Commonwealth Games,” Bell said.

“My aim is to be on the podium in all three events. That’s pretty big aims but I will be working just as hard as I can to get there.”

He finished clear of the Wellington pair of Gareth Kean (Capital) and John Gatfield (SwimZone).

Wiegersma round off a brilliant championship with her second qualifying time in the gruelling 400m individual medley. She cleared out from the field to win in 4:41.15, nearly two seconds under the qualifying mark.

She showed plenty of strength to power home in 31.40s for the final 50m freestyle to win by 15 seconds from Grace Francis (North Shore).

“We came here to get both qualifying times. My coach targeted the 400m individual medley and said that was where there is an opening at Commonwealth Games level,” Wiegersma said.

“We have worked hard for this and I was pretty happy with that. I am absolutely thrilled to be going to Delhi and can’t wait to get back into training again.”

The championships conclude tomorrow with key events including the men’s 200m freestyle and women’s 400m freestyle.