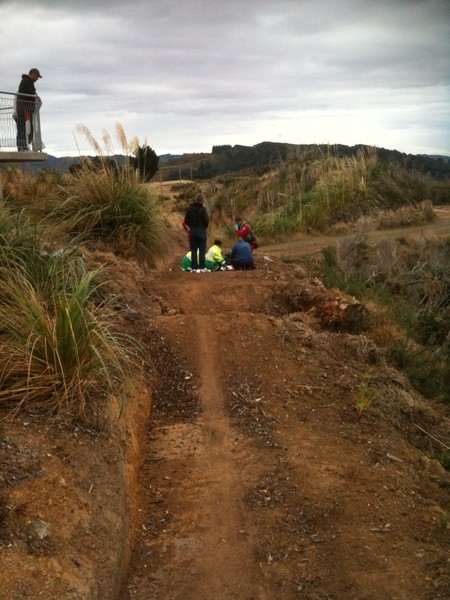 The helicopter, with a Wellington Free Ambulance paramedic onboard, was called to the scene on a track above Maidstone Park, Upper Hutt at 1:25pm.

On our arrival a 56 year old Silverstream man was being treated for a spinal injury by WFA paramedics.

"The man said he was travelling along a track and did not see an upcoming jump" says Dave Greenberg, Westpac Rescue Helicopter crewman. "He said his front wheel fell away and he was thrown over his handlebars, landing on his head".

The man was wearing a helmet.

He was transported to Wellington Hospital Emergency Department in a serious but stable condition. He is currently being further assessed and treated for his injuries.