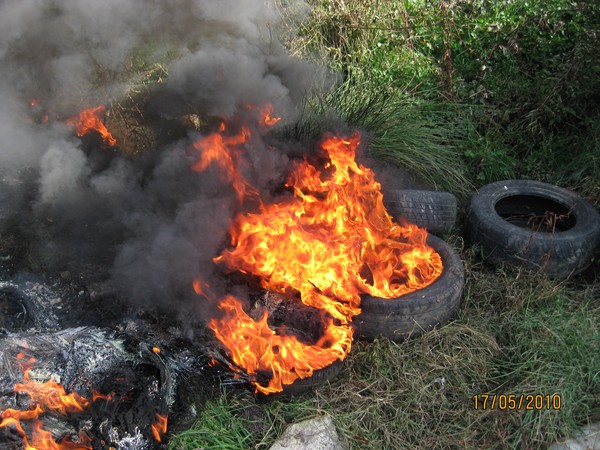 The warning follows a noticeable increase of cases of tyre burning from around the region with one or two complaints being investigated each week.

Investigations and complaints manager Patrick Lynch said tyre burning was banned nationally as it produced toxic smoke and oil which could harm people’s health and contaminate the environment.

“People who burn tyres put themselves and down wind residents at risk and can expect instant fines of up to $750. There is the prospect of prosecutions resulting in heavier penalties where circumstances warrant.

“There’s simply no excuse for tyre burning. Taking them to an authorised dumping facility is the proper way to get rid of them.”