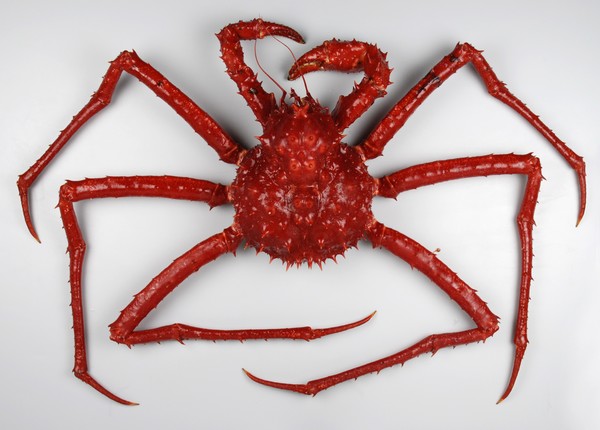 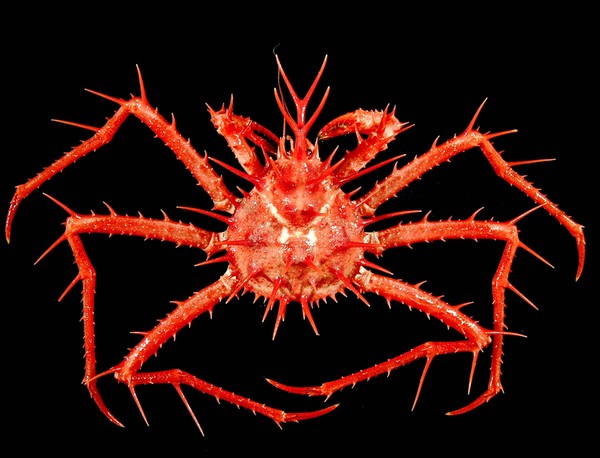 Lithodes aotearoa is the largest species of king crab in New Zealand waters. Its body can grow to a width of 240 mm and its leg span to 1.2 metres. CREDIT: NIWA 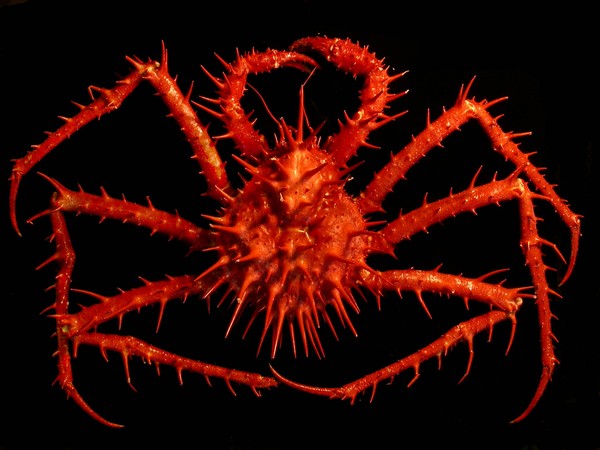 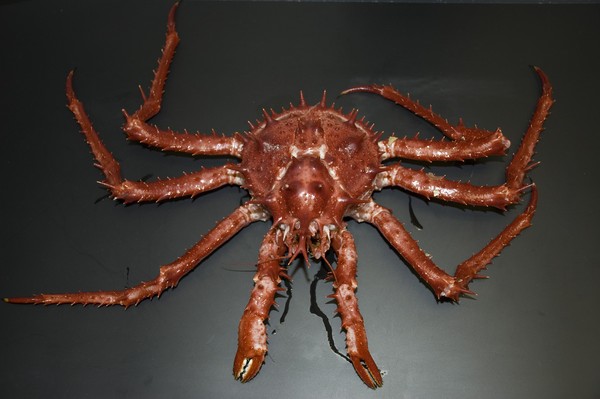 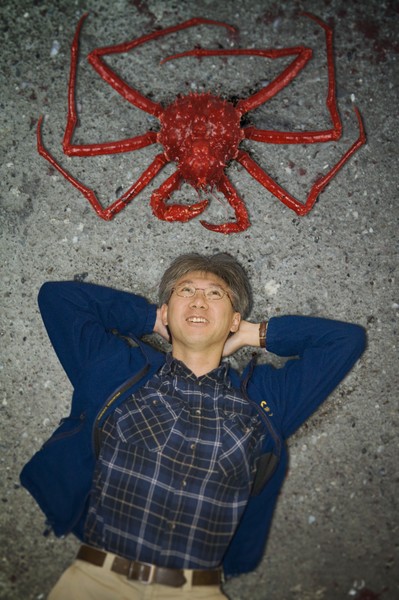 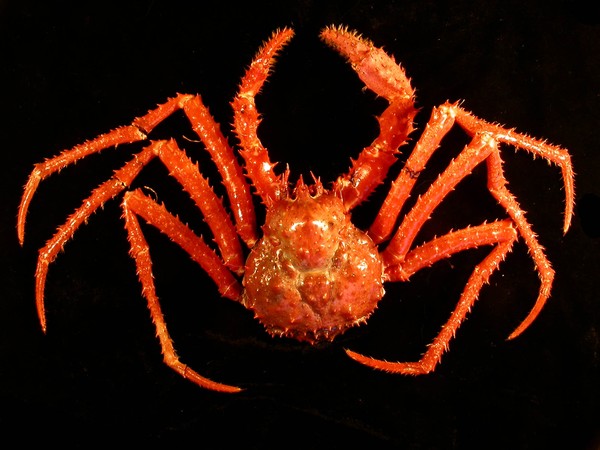 Paralomis stevensi was first discovered in 2006 from the stomach of an Antarctic toothfish. CREDIT: Shane Ahyong

King of the Crabs

“We are the king crab capital of the world,” says NIWA scientist, Dr Shane Ahyong. He has recently formally described 14 species that are new to science. “From a diversity perspective it’s just fantastic,” he says.

A major study of the king crabs from the New Zealand, Australian, and Ross Sea regions has just been completed, finding a total of 23 species and almost doubling the number of previously known species from the area. Dr Ahyong has described five exclusively from New Zealand, five from Australia, and four common to both regions.

“There are 23 king crab species in this part of the world, and only about 30 species of king crab in the entire Atlantic Ocean,” says Dr Ahyong. “I know of a few other new species around New Zealand, but the specimens are too damaged to do describe – so the number we actually have is already an underestimate.”

The king crabs, Lithodidae, are some of the largest marine crustaceans. They comprise a small group of around 100 species. These species are largely deepwater and more than 60 of them occur in the Pacific Ocean.

King crabs are characterised by their spikes and large size. Some found in New Zealand waters grow as large as 1.2 metres across the legs. King crabs are related to the much smaller hermit crab.

King crabs have an excellent sense of smell and they can detect food on the sea floor from quite a distance. “They scavenge, and will eat almost anything including fish, whale carcasses, whatever hits the sea bottom,” says Dr Ahyong.

Strangely, all king crabs are right clawed (handed). They use one claw for cutting and the other for crushing. Their claws are very powerful and can give a strong nip.

The lifespan of New Zealand king crabs is not yet known, but many species overseas take four to five years to reach maturity and may live for more than ten years.

Recently one new species was found - in fact ’discovered’ - in the stomach of an Antarctic toothfish. “It was the first record from Antarctica,” says Dr Ahyong.

King crabs taste delicious, and are of great commercial value in the Northern Hemisphere. Exploratory fishing for King Crabs is currently being undertaken in New Zealand waters.

Dr Ahyong’s research was funded by the Foundation for Research, Science and Technology and NIWA.