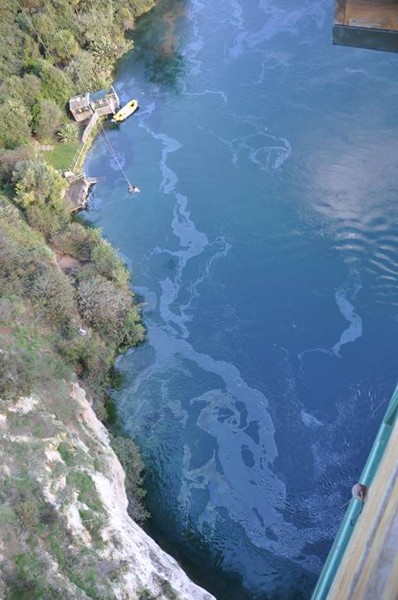 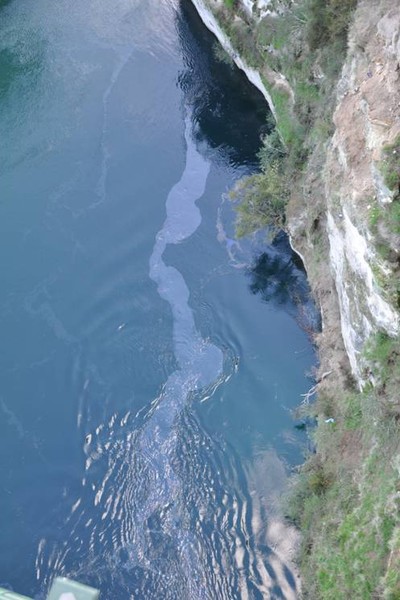 Environment Waikato is appealing for public help in identifying the source of oil-like slicks that have been appearing in the Waikato River underneath the Taupo Bungy site located on Spa Road, Taupo.

“The attached photos show an unsightly slick occurring right under the spot where tourists do bungy jumps.

“We want to establish where these comparatively small slicks are coming from so we can help stop them,” Mr Lynch said.

Taupo Bungy staff advised EW last week that they had seen this type of material coming down the Waikato River at least once or twice a month for approximately the last year, and generally during high river flows.

EW has asked them to report the slicks every time they see them from now on.

After the latest incident, the council checked with the Taupo boat harbour but staff there said they had not noticed any unusual spills. Other possibilities had also drawn a blank.

Mr Lynch said the slicks could be the result of accidental spillages or illegal dumping.

“We’d really like the public’s help on this one so we can identify what’s happening.

“The environmental effects of the slicks may not be particularly severe at this stage but it is possible they could become worse if we don’t identify the source.”

Also, the slicks were not a good advertisement for the country’s “clean, green” image at a site used by tourists, he said.

If anyone has any information please contact the Taupo Environment Waikato office or ring EW’s freephone number 0800 800 401.