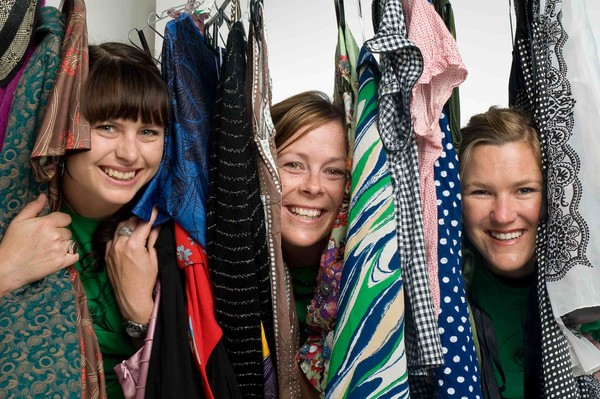 The ticketed event on July 25 provides an opportunity for people to offer quality used clothes they want to swap with others. It is the brainchild of three Wellington women, Inga Boyd (a tv producer), Sarah Hopkinson (an education adviser) and Chrissy McGonigal (a university events organiser).

They are the directors and organisers of the Big Shwop – a mixture of shop and swap. Hopkinson first read about people holding clothes-swaps overseas.

``I was tired of op-shopping for second hand threads and knew cheaply made new clothing was terrible for the environment. Clothes swapping seemed a great way to update our wardrobes while still saving money and being eco-conscious by recycling,’’ Hopkinson said today.

Two years ago she held a small private clothes swap at her house and the concept just took off with the first ever Big Shwop held at The Southern Cross in Wellington in August 2008. About 80 people attended and they had to turn 50 people away. This month’s event will be the sixth Big Shwop, with four held so far in Wellington and one in Auckland.

Last year 272 people attended the Big Shwop with over 2000 clothes swapped on the day.

This year’s event will include men’s clothing section for the first time. Fifteen percent of all profits are donated to the Fair Trade Association. Left over clothes have in the past been donated to Dress for Success and Future Horizons Trust.

Boyd said as part of the $20 entry to the event they provide eco-goodies from MOMO Wine, Trilogy Skincare and ecostore.