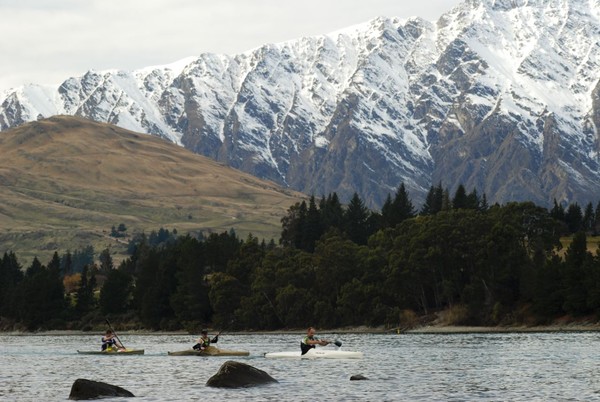 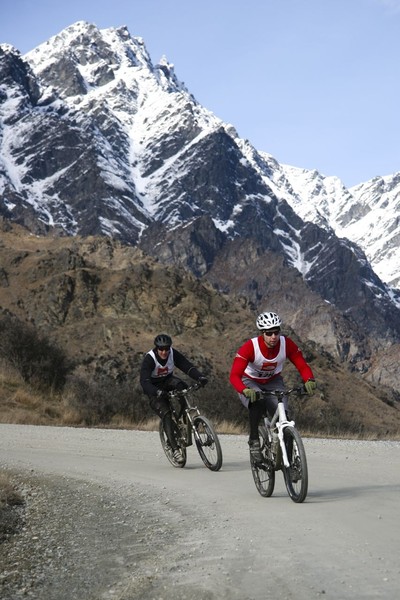 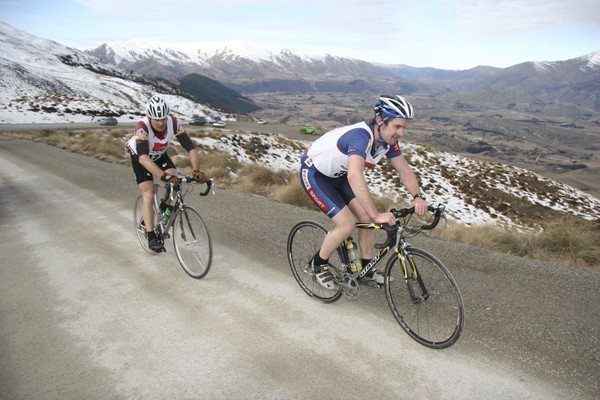 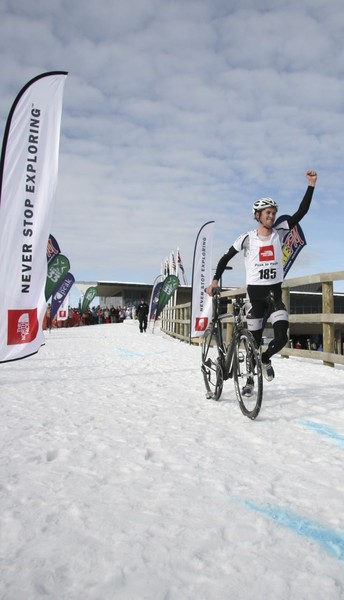 A head to head encounter in The North Face Peak to Peak on Saturday (July 24) saw the defending open champion team Outside Sports (Queenstown), ousted by a dynamic young side fielded by Queenstown’s Fergburger, who crossed the finish line at Coronet Peak in a record time of just over two hours.

Race Director Geoff Hunt says it was one of the most exciting races the event has seen in its 17 years. “We had a real race on our hands from the outset and it was a tribute to both teams who exhibited fantastic skills in every section.”

The 44km multisport race attracted 90 teams and 69 individual athletes. It began with a 2km ski or snowboard on The Remarkables finishing at the access road, followed by a 17km mountain bike ride down the high altitude road to Lake Wakatipu. A 7km paddle to Queenstown Bay led to a 9km run from Queenstown via Arthurs Point to a changeover point near the foot of Coronet Peak, for the final 9km cycle ride to finish at the base building at the top of the ski area.

“In the run Fergburger’s Grant Guise took on the guru Adrian Bailey then the cycle up Coronet Peak was an incredible battle between Scott Lyttle and Scott Rainsford with Lyttle making the charge to cross the line in first place,” says Hunt.

Fergburger won in 2.02.51 and Outside Sports was forced to take second place in 2.04.19. Outside Sports team manager Jim Hawkridge praised the Fergburger team for its outstanding performance.

“It was great to have a race like that and we don’t mind losing to such a class team. They are all good athletes and the competition was fantastic.”

The individual men’s race was also a strong challenge between winner Adam Milne (Christchurch) and Gavin Mason (Wanaka). Milne took the title in 2.16.14 with Mason having to be content with the bridesmaid’s role for the second consecutive year.

He clocked 2.18.49 which was six minutes faster than his 2009 result. He was philosophical about his second placing. “Adam had a point to prove after I finished second in this year’s Goldrush and he took out third. He raced really well today.”

Milne says he was particularly pleased with his result because he had such a bad start in the ski section. “I was just about last, I kept falling over. However I managed to pass a lot of people on the downhill bike ride from The Remarkables and then the race was on.”

“I used gear from Joanna Williams who won it last year. She told me I could only borrow it if I won the race!”

Honours in the men’s veteran division went to Brett Leyden (Christchurch) in 2.29.15 while Moira Finlin ( Queenstown) recorded 3.20.11. to take the women’s title.

Queenstown wheelchair athlete Derek Stewart arrived at the Coronet Peak finish line in his wheel machine to strong applause from the waiting crowd after completing the entire course in 3.37.27

“Cycling the last part of the Coronet Peak hill to the finish was the toughest part because of the loose gravel. My big motivation to get there was knowing I would never have to do it again.”

In the teams’ section the hotly contested business house division was a tight finish for the top three. Aotea Electric (Queenstown) was first in 2.29.27, Barker Construction Nailers (Queenstown) second in 2.31.35 and Dart River Jets (Queenstown) third in 2.32.20.

Team Fluoro (Dunedin and Christchuch) and the highly favoured R&R Sports Whippets (Queenstown) fought it out in the women’s team event with Fluoro crossing the line in 2.31.09, two seconds ahead of their rivals.

The first veteran team was Browns Avanti Plus (Queenstown) in 2.16.34 with the two person team High Country Lads (Cromwell/Wanaka) second in 2.50.40. The mixed team division was won by Greenacres (Christchurch) in 2.12.55.

Blake Luff aged 19 (Dunedin) was fastest individual junior in 2.54.40 and the title for the fastest school team was won by Mt Aspiring College (Wanaka) in 2.30.59.