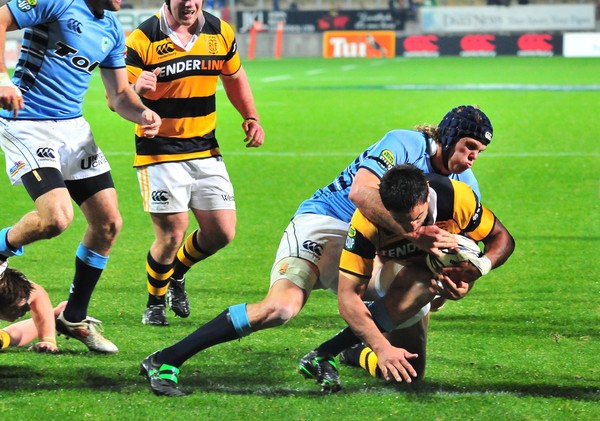 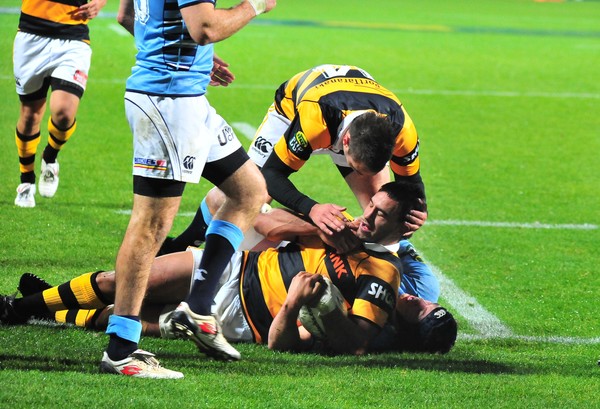 Northland started the match strongly forcing a penalty in the 3rd minute which was converted by lachie Munro for Northland to lead 3-0.

Taranaki replied 3 min later with a penalty of their own to Willie Ripia and again 2 minutes later to go 6-3 up. An intercept try to no 6 Dean Budd and a conversion to Lachie Munro put Northland back in front 10-6.

Tenderlink Taranaki replied with a penalty to Willie Ripia, northland then applied some pressure and after some strong forward play and a slick back line play wing

Simon Munro crossed in the corner, the conversion attempt went wide but Northland was ahead 15-9.
After some driving forward play Taranaki crossed the line with a try to no 7

Chris Walker, the conversion to Willie Ripia was successful and the score was 15-14.

A further penalty to Northland and one to Taranaki in the 40th minute of the first half saw Taranaki lead 19-18.

The second half was dominated by some strong defense by a determined Northland side.

This forced Taranaki into making some bad decisions on attack and several handling errors. Taranaki had some good periods on attack but these were too few and could not be finished off.

A try to no 10 David Holwell for Northland and a penalty conversion saw Northland home for a deserved win to start their season off.