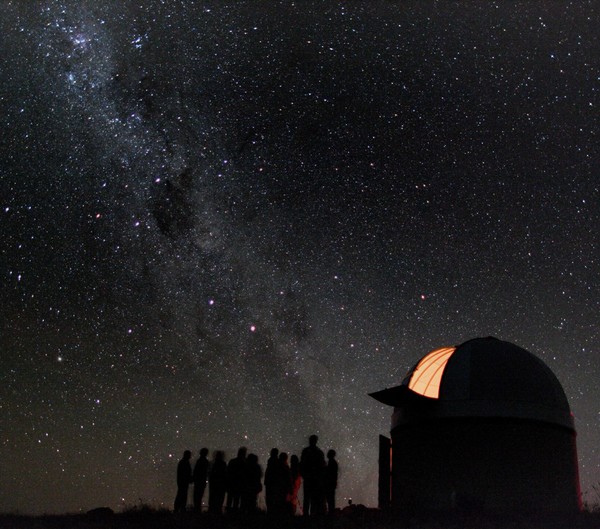 New Zealand is right on track to create one of the world’s first world heritage starlight reserve above the South Island’s Mackenzie country after a key meeting in Brasilia yesterday.

The NZ delegation, including two Department of Conservation staff, helped persuade the committee to approve a thematic study which argued stars and planets were part of natural heritage and the sky was a cultural resource common to natural heritage.

However, Austin said from Brasilia today there was still a long road before protect the world’s starry nights with dark sky reserves.

``The thematic study was regarded as a cornerstone project of UNESCO’s International Year of Astronomy 2009. As a member of the New Zealand observer team I was able to make a brief intervention in support of the study.

``The World Heritage Committee has adopted a decision covering the astronomy and world heritage thematic study to disseminate the study among the member states.

``Consequently the first step on the long road to nomination is achieved. Now New Zealand must prepare a detailed document, providing the evidence of outstanding universal value, its integrity and authenticity for the site, obtain the approval of all the parties concerned and adoption by the New Zealand Government in order to eventually present the case for the Lake Tekapo Aoraki/Mt Cook initiative as a `window to the universe’.’’

The New Zealand project proposes that the landscape and the skies above Lake Tekapo and Aoraki Mt Cook in the Mackenzie district become a starlight reserve.

Few places remain in the world where people can enjoy the stars pollution free. Fifty percent of the world's people no longer see the stars, those places that do, had got a responsibility to preserve them as the world was fast losing opportunities to observe the night sky, Austin said.