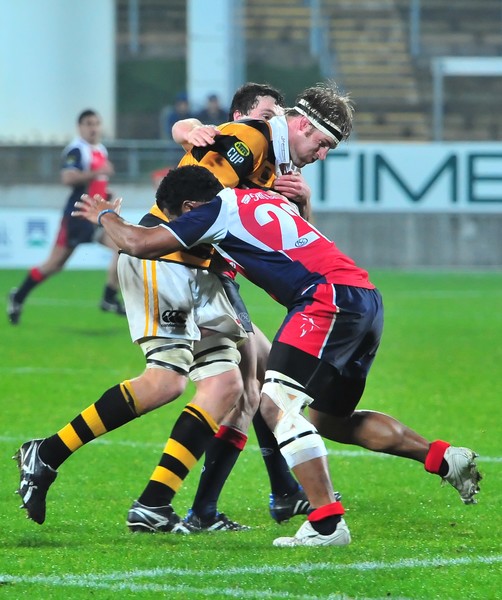 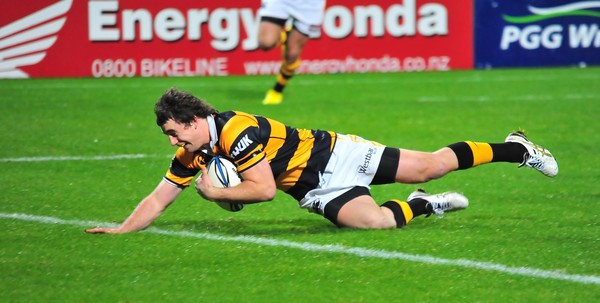 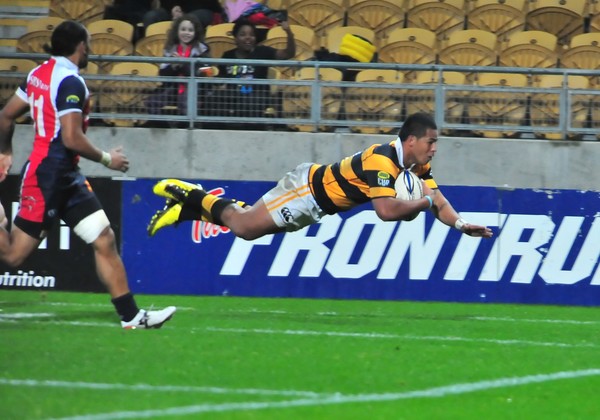 In a game that promised to be a very even affair before the start it turned into just that despite the score line.

The Tasman Makos started strongly to take the lead with two quick penalties after only 8 minutes of play, but after that Taranaki took control with some strong forward play finished off by good back play for Kurt baker to score out wide.

The try was converted by Willie Ripia for Taranaki to lead 7-6 after 8 minutes.

A try to Tyson Keats after a turn over close to the Taranaki line and a conversion to Willie Ripia saw Taranaki move to a 14-6 advantage.

Although Tasman made a few attacks on the Taranaki line they were unable to finish off any of their moves due to bad handling forced onto them by determined defence by a fired up Taranaki side.

Taranaki came back onto attack and score a try to no 6 Jarrad Hoeata after a concerted forward effort close to the Tasman line in the 28th minute.

Both sides then had their chances before half time but neither could add any further points.

The second half started with Tasman on attack but again another turnover turned defence into a scoring opportunity to Taranaki and David Smith made the most of some slick handling to score in the corner. The conversion attempt went wide but Taranaki moved to a handy 26-6 lead.

This put pressure on Tasman to throw caution to the wind and move the ball around, this paid off with a try to replacement Vernon Fredericks which went unconverted but closed the gap to 26-11.

With only ten minutes to play Tasman again threw the ball around but continued handling errors put paid to any chances created. This gave Taranaki the opportunity to capitalize on any mistakes which they did with a last minute try to George Pisi.

This was consequently converted by Beauden Barrett to give Taranaki the win 33-11 and a bonus point for scoring four tries.