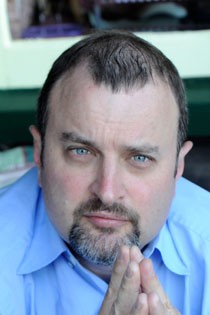 Alumnus to give insight into Google links

Google has entered the lexicon as the default term for web searching, but there’s a lot more to it than the ten blue links we’ve come to expect on the screen.

“If the answer to your question is sitting on a web page, Google aims to get you to that answer as fast as possible – and we can often do it before you've finished asking the question!” he says.

“Some queries, however, are difficult to express in text: an image is worth a thousand query terms, and you can use your cell phone camera to take that image. At other times, a textual query is sufficient, but it's difficult to type when you're walking or driving.

“And some research tasks don't have a simple answer already computed: it's necessary to synthesize an answer from multiple sources.”

In his talk, Dr Nevill-Manning will introduce Google research projects including Google Goggles, Search by Voice and Google Squared, and discuss some of the other challenges Google is currently tackling.

The talk has been organised in conjunction with the University of Waikato Student Chapter of the Association of Computing Machinery, the world’s largest association to advance computing as a science and a profession.

Dr Nevill-Manning is being honoured this year with a University of Waikato Distinguished Alumni Award.

Dr Nevill-Manning will deliver his technical talk “Search, Research, Show and Tell” at 11:00 am on Friday August 27 in SG.02 at the University of Waikato. Please contact Gina Roberts at ginar@waikato.ac.nz or on 07 383 4911 if you would like to attend.

Top Google man: Why we need nerds in a crisis

The earthquakes this year in Haiti, Chile and China, and man-made disasters like the oil spill in the Gulf of Mexico are prime examples of disasters that exact a terrible toll on people around the world.

In all these cases, new technology has played a key role in saving lives and reducing misery. New approaches to disaster response are currently under development by several organisations, including Google.

Google’s New York-based engineering director and University of Waikato alumnus, Dr Craig Nevill-Manning, will give a public lecture during a visit to the University on August 26 on how these new systems are being used on the ground in disaster areas.

He says in the last decade, pervasive cellular data and internet access have provided new tools to help disaster responders and people affected by a disaster.

“For disaster responders, detailed aerial and satellite imagery is accelerating disaster response and rebuilding, and new cloud-based tools can improve communication and collaboration. SMS- and internet-based systems allow victims of a disaster to request help and provide on-the-ground status reports.”
Dr Nevill-Manning will discuss specific responses to the Haiti, Chile and China earthquakes and to the Gulf of Mexico oil spill.

Dr Nevill-Manning is being honoured this year with a University of Waikato Distinguished Alumni Award.

Dr Nevill-Manning will deliver his lecture “Nerds in Crisis: Using Technology to Respond to Disasters” at 6.30 pm on Thursday August 26 at the WEL Academy of Performing Arts on the University campus. A cash bar will operate from 5.30. All welcome.