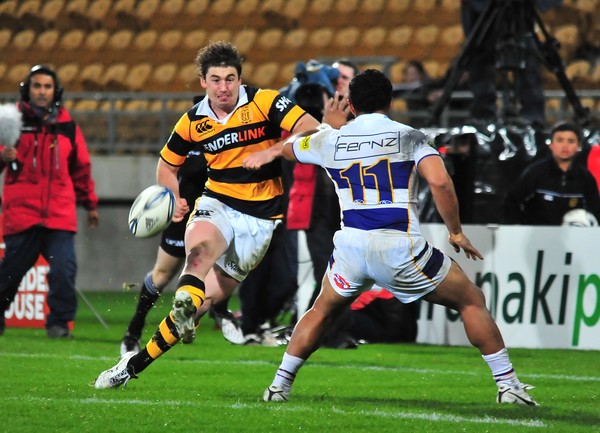 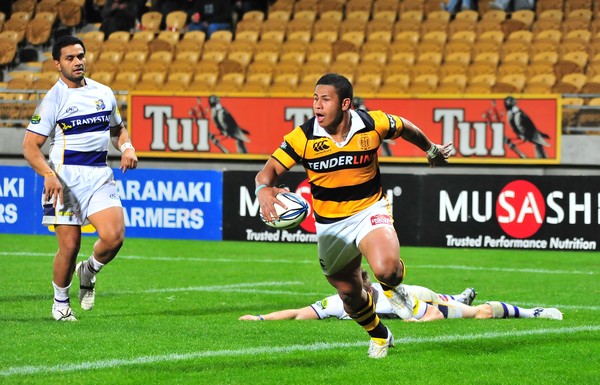 Bay of Plenty started the game fast to put considerable pressure on Taranaki running the ball, this eventually caught Taranaki off side giving the Bay a chance at first points but the shot at goal went wide.

This seemed to spark Taranaki into action, after some driving forward play Scott Waldrom forced his way through the maul to score next to the posts for Taranaki’s first try. Willie Ripia converted for Taranaki to lead 7-0.

A penalty to Willie Ripia for Taranaki in the 16th minute pushed the lead out to 10-0.

Bay of plenty seemed to lose momentum with pressure from Taranaki this lead to handling errors. Jayden Hayward won the race for the ball to score for Taranaki after the loose ball from a dropped pass was kicked through by David Smith. Willie Ripia converted the try to give Taranaki a 17-0 lead.

The Bay lifted their game to come back with some driving forward play, from a maul close to the Taranaki goal line Bay of Plenty no 8 and captain Colin Bourke forced his way over under a pile of players to score the bays first try, this was converted to close the score to 17-7.

Just before half time Taranaki fullback Kurt Baker made a telling break down the side line getting a pass away in the tackle to send David Smith away for the try.

Willie Ripia converted the try to widen the lead to 24-7.

This seemed to give the Bay a new lease of life, lifting their game once again.

The Bay put pressure on the Taranaki try line forcing their way over only to loose the ball as they tried to force it for a try. From the ensuing scrum Taranaki cleared the ball away down field.

The Bay of Plenty feed the ball into a scum on their 22 mtr line, from the scrum

They passed the ball out wide for Ben Smith to break through the Taranaki defensive line and run 70 mtrs to score out wide. The conversion went wide and Taranaki still lead by 24-15.

The Bay tried their best to close the score up but determined defence kept them out to keep the score at full time to 24-15 to Taranaki.