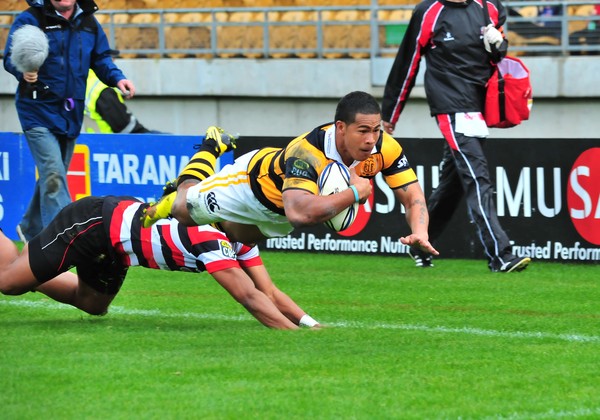 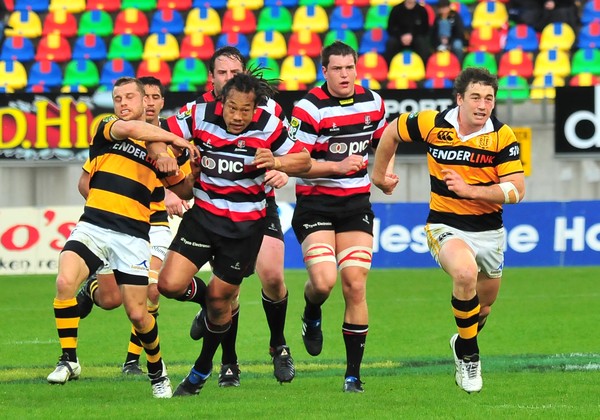 For a game played on a damp field which could have turned into a dire forward struggle both teams tried to play an expansive open game.
Counties came out and took the game to Taranaki putting pressure on their defensive line
To earn an early penalty this was converted by Tim Nanai Williams to give Manukau the lead 3-0.

Taranaki replied with a penalty of their own, Counties then applied some forward dominance mid twenty two and prop Simon Lemanu made a strong run from the ruck through some weak defence to score near the posts in the tackles of Kurt baker and Chris walker. This was converted by Tim Nanai Williams, this and a penalty gave Counties the lead 13-3.

In the 26th minute the ball was passed wide to David Smith who  broke past Counties wing Ahsee Tuala who missed the tackle to allow Smith to score out wide for Taranaki. Willie Ripia converted but Counties maintained the lead 13-10.

Taranaki again got some forward momentum leading to the ball going to George Pisi to kick through the defence, poor cleaning up by Counties Manukau saw Kurt Baker dive on the ball to score. The conversion attempt went wide and Taranaki lead 15-13.

Just before half time Counties gained a penalty which Tim Nanai Williams kicked to give Counties Manukau the half time lead 16-15.

After the half time break both teams moved the ball but it was Taranaki on attack when Tyson Keats darted from the ruck to score close to the posts to give an easy conversion to Willie Ripia on the 48th minute mark, 22-16 to Taranaki.

Both teams tried hard after this but when chances came some poor handling put paid to any further try scoring opportunities. A penalty to Counties Manukau and two more to Tenderlink Taranaki gave Taranaki the win 28-19.