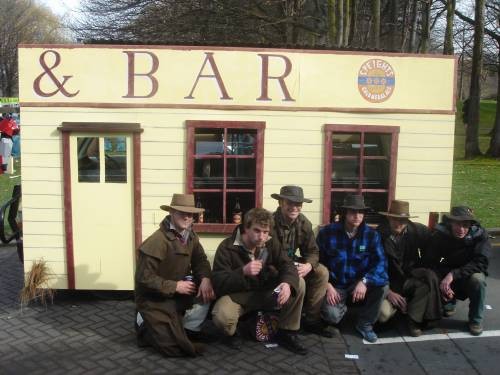 Not welcome any more CREDIT: Wikipedia

Undie 500 Well Out of Order

At a meeting of the North Dunedin Working Party last week, it was made very plain by all interested parties that Dunedin won’t welcome or support the continuance of the Undie 500 tradition.
Mayor Peter Chin thanked the services responsible for handling the disturbances and limiting the property damage and lauded the local student leaders’ courage in placing the blame at the feet of the Canterbury University event’s organisers.

Mr Chin also called for a ban on future events, although Police reminded the group that as the vehicles are registered and warranted and the trip itself relatively trouble-free, it may be difficult to ban it altogether. Mr Chin has promised that, on behalf of all the parties represented around the meeting table the Council would continue to work to find the means to prevent the event, and the associated disruption, from occurring again.

The costs of managing the disturbances as well as the clean up are still being calculated but it is likely the damage done to both Dunedin’s and the University’s reputations will cost the city in more ways than one. University officials have suggested media coverage of the event and its aftermath may have already impacted on its staff and student recruitment.

Police have commented that the temporary liquor ban in place over the weekend was a useful and effective tool for approaching and talking to people. They also reported on-licensed premises did a great job of controlling their areas of responsibility.

The meeting was concluded with a resolution to explore ways in which to ban any future event and to limit the negative effects on the city's reputation and image.