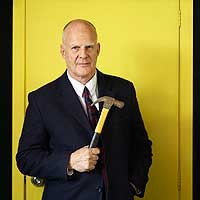 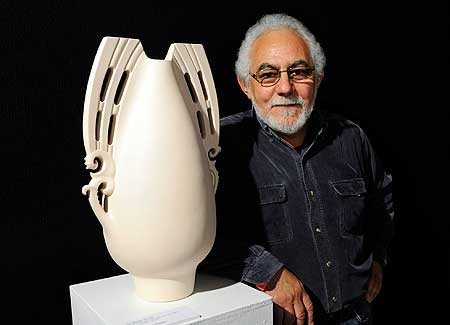 Truncated career to be honoured in Hall of Fame

Nearly 60 years after making her name as one of New Zealand’s foremost textile designers, Avis Beere (nee Higgs) is to be honoured as an inductee of the College of Creative Arts’ Hall of Fame.

Mrs Beere, along with musician, songwriter and graphic artist Fane Flaws and ceramicist Manos Nathan, will be formally inducted at a special ceremony on November 19 as one of the highlights of the University's BLOW 2010 creative arts festival.

Instigated in 2007, the Hall of Fame recognises past staff and students of the college and its forerunner institutions, the Wellington Technical College School of Art and the Wellington Polytechnic School of Design, who have made an outstanding contribution to New Zealand's economy, reputation and national identity through art and design.

It will be a particularly poignant moment for Mrs Beere, 92, who seemed destined for a long and successful career after training at the School of Art in the late 1930s. She then left for Australia and became head designer for Silk and Textile Printers in Sydney. In 1948 she returned to New Zealand, where she produced a portfolio of designs featuring Australian and New Zealand motifs, many of them sourced from the designs on the carved house Te Hau Ki Turanga, on display in what was then the Dominion Museum building.

From there she moved to Europe but her career ended in a car crash near Rome in 1951. After a long recovery, she returned to New Zealand and took up painting.  She has always been known among artistic and creative circles by her maiden name. Her work was celebrated and honoured in the retrospective exhibition Avis Higgs: Joie de Vivre at the Hawke’s Bay Museum in 2000 and in 2006 she was awarded the Governor-General’s Art Award for her contribution to New Zealand design.

Mr Flaws is another who has made a significant contribution to New Zealand’s design landscape. He graduated from the design school as a graphic designer in 1971 and was a member of bands including Blerta, Spats and The Crocodiles. He has directed many award-winning music videos and been responsible for the animation on alternative music TV show Radio With Pictures and retained his links with Massey by designing orientation week posters. He is co-author, with Arthur Baysting and Peter Dasent, of the children’s book The Underwater Melon Man and other unreasonable rhymes which went on to be produced as film and also live in Wellington theatres in 2002.

Ceramicist Manos Nathan graduated from the design school in 1970. A co-founder of Nga Kaihanga Uku, the national Maori Clayworkers organisation, he has been at the forefront of the development of the Maori ceramic movement. Starting out working as a sculptor and wood carver on his tribal lands, including carving the meeting house Tuohu at Matatina Marae, Waipoua, Mr Nathan eventually crafted an enduring reputation for himself with his clay works. As a foundation member and former chairman of Te Atinga, the Contemporary Maori Visual Arts Committee of Toi Maori Aotearoa, he has been active in the promotion of contemporary Maori art for more than 20 years.

Portraits of the latest inductees will join images of recipients already mounted on the wall above the foyer of the Old Museum Building in Wellington. Among them are the late Len Lye (artist and filmmaker), Sir Richard Taylor (special effects designer at Weta Workshop) and Rebecca Taylor (New York-based fashion designer).