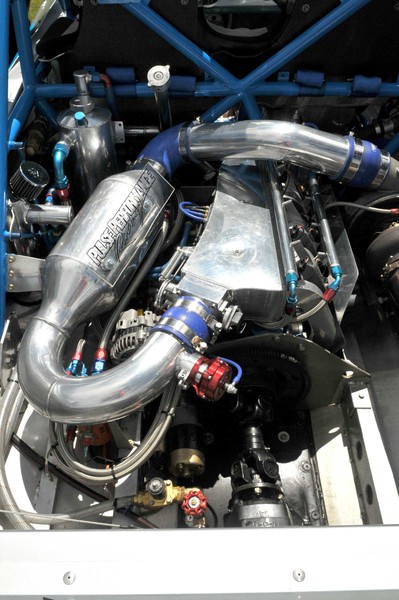 This Saturday 5 February will be a busy time for Gisborne with the Jetpro Jetsprint boat championship event being run just after the conclusion of the ‘Thunder at sea’ off-shore power-boat event.
The second round of six on the 2011 calendar for the jet sprint series, the journey to the east coast venue has an additional draw-card for the mainly V8 powered sprint boat line-up.

A region well known for its rotary engine fan-base, the world’s first quad-rotor turbo-charged boat of Wanganui’s Peter Huijs is expected to draw additional interest. Capable of producing 1100 horsepower to the water-jet pump that propels the boat, Huijs will be lined up against 30 other teams spread across three competition categories.

With final qualifying to start at 2pm, fans have a chance to watch the 1pm start of the ‘Thunder at sea’ powerboat race and be in time to catch the jet-sprint eliminations. Encouraging locals to make a day of it, Tourism Eastland’s Graham Breckell says the double-header is also a great reason to visit the region.

“We’re out to try attract visitors to both events. The very fact it’s on water appeals to a lot of people as we’re quite a water oriented city – it’s an aquatic weekend,” said Breckell.
Additional incentive comes from a bus service they are providing to transport people from the Tatapouri Sports Fishing Club to the Electrinet Thunderpark jet-sprint venue.

“It’s a two-dollar fare and anyone can get on. It’ll run from the fishing club and will run continuously from 2pm to 7pm. It will leave town on the hour and the jetsprint track on the half-hour. Kids can get on for free.”

Aside from setting fastest time around a pre-determined course, the chase for championship points means teams have to progress through the elimination heats to increase their tally. With 30 points on offer for the fastest boat in the final top-three, reliability is as much the key as crossing the line with the lowest elapsed time. Times are expected to be sub-minute around the 18-turn course.

Currently fourth in the Suzuki Superboat standings, Peter and Gary Huijs quad-rotor turbo-charged boat is what he believes to be the epitome of Kiwi ingenuity. Acknowledging its world-first status, Peter says reliability has been one of the main-stays of the project. With the hull designed originally for the engine mass of a V8, he is still learning and setting-up the boat’s handling to suit the new weight configuration.

With a one point lead and four ahead of Huijs, current leaders Leighton and Kellie Minnell are taking a round-by-round approach to the series. One of four Wanganui teams at the leading-end of the series; they had a surprise opening round win. Hunting down that advantage, second placed Duncan Wilson and Jamiee-Lee Lupton have long been the bench-mark team looking to reverse fortunes to lead the series.

Scott Waterjet Group A championship leader Simon Campbell (Opiki) and navigator Suzanne Shirtliff had an instant return to the top of the field. The 2002 champion heading off stalwart Reg Smith (navigator Julie Smith) from Taupo and Auckland based 2NZ’s Baden Grey (navigator Tanya Iremonger) at the season opener.

Also with a one-point lead, Jetpro Lites leader Graeme Jones and Scott Jones from New Plymouth are ahead of Wanganui pairing Bevan Linklater and Malcolm Ward. With a new line-up to the entry-level category, the series opening round illustrated how the shoot-out eliminations can change fortunes. While Linklater was consistently faster during the day, one lapse of judgement in the top-three final allowed Jones the opportunity to head the points table.

Working on lessons learned from the first round, the day’s final qualifying run is to begin at 2pm, with the top-12 elimination run expected to start at 3pm. From there the field is cut to the fastest top-8, then top-5, leaving the top-3 to settle the day’s podium.

A joint prizegiving and social evening for the offshore powerboats and jetsprint teams will be held at the Tatapouri Sports Fishing Club No. 2 Wharf Shed on the Esplanade from 7pm.