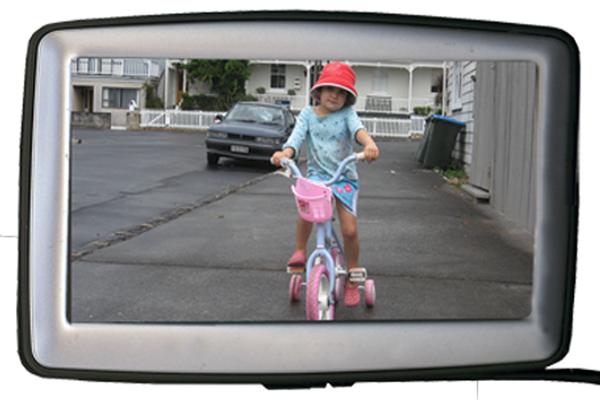 eversing cameras warn the driver if a child is behind the vehicle. CREDIT: Dog & Lemon Guide

Every car and truck should be required to have a reversing camera, says a leading road safety expert.

Matthew-Wilson was commenting after the latest toddler death caused by a reversing car.

“Whenever a small child is run over by a reversing vehicle, the driver gets blamed, but actually, small children are often all-but invisible behind most modern cars. The most cost-effective solution to this problem is to remove the blind spot behind the vehicle using a reversing camera.”

Reversing cameras show the driver what’s behind the vehicle using a small video screen on the car’s dashboard. They are an expensive option on many new vehicles but are widely available as accessories for between $110 and $700. They can usually be fitted by any competent home handyperson, or a professional installation may cost between $100 and $200.

Matthew-Wilson believes that all cars and trucks should be required to have a reversing camera as part of the warrant of fitness check. Beneficiaries could be offered a subsidy to cover the cost of fitting the camera.

A recent report by the New Zealand Medical Journal revealed that New Zealand’s driveway deaths are the highest in the OECD.

“The scientific evidence is quite clear: driveway deaths are preventable. Now the government has to act to ensure that this vital technology is fitted to every vehicle.”