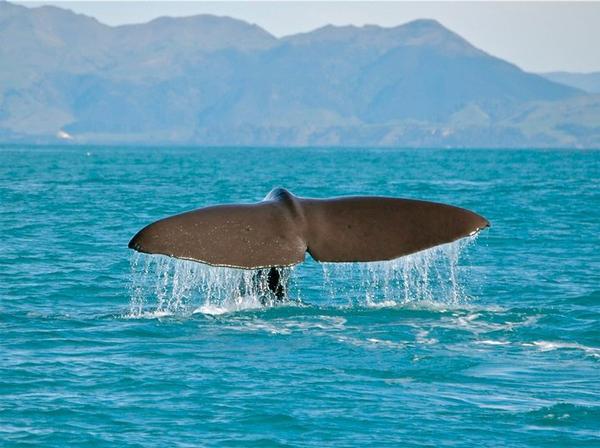 2011 to be boom year for eco-tourism operator Whale Watch

The economic recession is still being felt around the world, but certain industries are expecting a recovery this year, including tourism. Tourism is an important sector in New Zealand’s economy, and forecasts indicate that we have reason to expect growth. Eco-tourism operators, like Whale Watch Kaikoura, are especially optimistic about the upcoming year.

In late 2010, TripAdvisor surveyed thousands and found that overall, Europeans and Americans intend to travel more and spend more money in 2011 than they did in 2010. 66% of Britons are planning at least one long-haul holiday this year, and 46% expect to spend over 2,000GBP on their travels. 36% of Americans plan on spending more money on travel this year and 42% expected to spend the same amount.

Even more promising are the forecasts for the massive Chinese market. In a recent survey by Travelzoo Asia Pacific, 80% of mainland Chinese say they plan on spending more on leisure travel in 2011. In the same survey, eco-adventures topped the list of interests in 46% of respondents.

This is good news for New Zealand’s eco-tourism enterprises, like Kaikoura-based Whale Watch. Whale Watch runs environmentally-friendly whale watching tours off the coast of Kaikoura, where a number of marine creatures congregate and feed. Sperm whales are year-round residents, while humpback whales, orcas and dolphins are commonly sighted on tours.

Whale Watch was the first operation in New Zealand to achieve Green Global accreditation and has since collected prestigious eco-tourism awards like the Virgin Holidays Responsible Tourism Awards and the Green Globe Achievement Award.

Since its founding in 1987, Whale Watch has becomes one of the biggest tourist attractions in New Zealand. Unlike many tourism operators that have distinct peak seasons, Whale Watch remains popular year-round.

While good summer weather attracts visitors to Kaikoura, New Zealand from December through February, the migratory patterns of many whales mean that for serious whale watchers, winter months are ideal. Friendly Humpback Whales are common in June and July, and the winter also increases the likelihood of seeing rare whales like Blue Whales, Minke whales and Southern Right Whales.

The year-round appeal of this venture combined with the increased interest and awareness of eco-tourism translates to an optimistic forecast for Whale Watch Kaikoura.