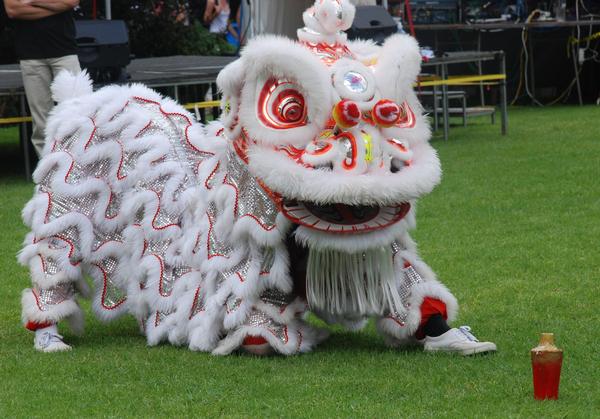 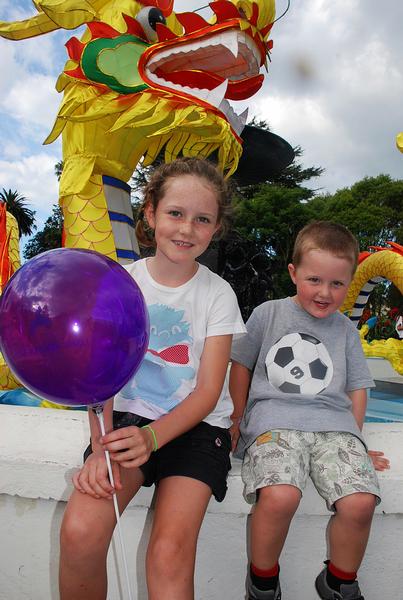 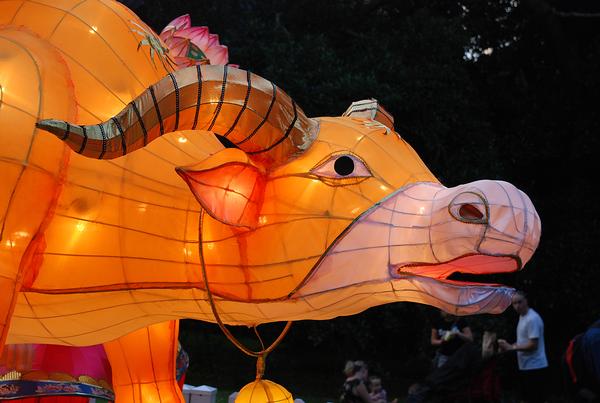 More than 250,000 people enjoyed the 2011 Auckland Lantern Festival at Albert Park over the weekend, breaking all previous attendance records for the event.

The three day festival, now in its 12th year, marked the beginning of the Year of the Rabbit in the Chinese zodiac calendar, which has a 12 year cycle.  In previuous years attendance has peaked at 150,000-200,000.  The event opened to the public at 5.00 pm on Friday, and was officially opened later that evening by deputy Prime Minister Bill English. It closed at 10 pm on Sunday evening.

Among the many lanterns on show were depictions of rabbits marking the change of year, lions, dragons, temple dogs and a nod to Kiwiana with a mob of sheep being rounded up by cattle dogs. Auckland's sister city Guangzhou has been an enthusiastic support of the event for many years and this year had three lanterns including an Ox and the Monkey King.

In addition to local and overseas lanterns, the festival featured music and dance, martial arts demonstrations and a popular food alley offering the finest treats from all parts of south-east asia.

The festival performance area also hosted the E-Pacs drummers and dancers who staged their Drunken Lion dance, which is performed to ensure good fortune at auspicious events.