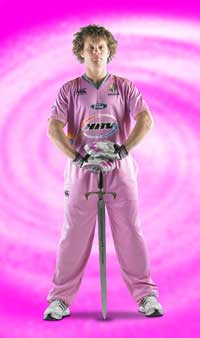 The inclusion of former BLACKCAPS batsman Hamish Marshall as an overseas player for the first time this summer is the biggest feature of the Yahoo!Xtra Northern Knights squad named today.

The squad of 13 for their fifth-round Plunket Shield match against the Auckland Aces, which begins at Auckland's Colin Maiden Park on Thursday, also features the return of captain James Marshall, who was unavailable for the previous match as Hamish, his twin brother, was getting married.

Having last played for New Zealand at the 2007 World Cup, Hamish has since been based in the United Kingdom, playing County cricket as a non-overseas player and closing in on attaining ICC clearance to represent Ireland in international cricket.

Batsman Michael Parlane has been omitted from the squad that drew with the top-of-the-table Central Stags on Sunday in Whangarei.

For more information please visit www.howcricketchangedmylife.com. Keep up with the play on match days at www.twitter.com/MargotButcher