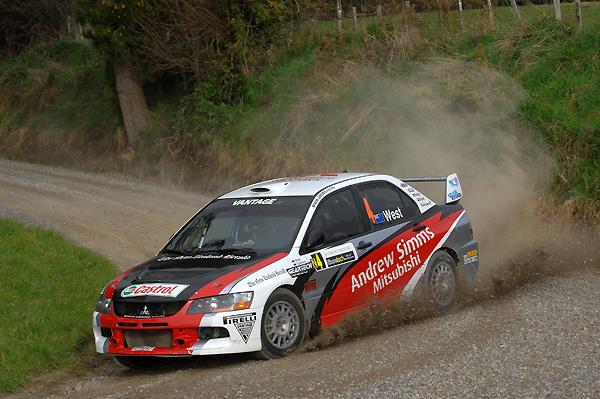 The New Zealand Rally Championship has confirmed a pair of new sponsors and a new television package, adding fresh impetus for the 2011 season.

Two of New Zealand rallying’s most well-known competitors and loyal supporters, Brian Green and Neil Allport, have teamed up to sponsor the championship through their businesses, Brian Green Property Group and Neil Allport Motorsports Ltd. Green is from Palmerston North and Allport from Auckland.

“It’s an absolute delight that Brian and Neil have taken the initiative to support our premier rally championship,” says Peter (‘PJ’) Johnston, chairman of Rally New Zealand, the organisation which took over running the championship in February this year.

“They are both incredible competitors in their own way – Neil as a multiple New Zealand rally champion and Brian who, last year, marked 40 years of national and international rally competition. We share a similar vision for rallying in New Zealand and it’s a pleasure to be working with them both for the 2011 season.”

The formal name for nationwide series becomes the Brian Green Property Group New Zealand Rally Championship, in association with Neil Allport Motorsports. The sponsorship agreement is for a one year term.

Allport says sharing the NZRC naming rights’ sponsorship offers an opportunity to put something back into the sport which has given him so much.

“I’ve been involved with rallying since 1978 and it’s given me a huge amount – a career, a business and an ongoing passion for this exciting, dynamic form of motorsport,” says the Auckland-based engineer, team manager and businessman. “Brian’s passion for rallying is probably even greater than mine – he’s still competing and enjoying every minute of it. The sport needed a hand and we’re sure there will be some excellent synergies with the whole relationship for the ongoing benefit of rallying and rally competitors in New Zealand.”

Johnston is also pleased to confirm that a top quality two-hour television package from each NZRC round is scheduled to screen on TV One’s Sunday sports show, Skoda Game On, which screens between 3 and 5pm.

“Each round of the New Zealand Rally Championship comprises two days of competition and a one-hour highlights show from each day will screen separately on Skoda Game On,” explains Johnston. “The first day’s package screens the week after the event takes place and the second day’s action screens a week later. This happens for all except the first NZRC round, the DriveSouth Rally of Otago, due to prior commitments. We’re very pleased to have the experienced and talented team from Volt TV onboard to create what will be top-class rally action for all to enjoy, free to air, on TV One.”

DriveSouth Rally of Otago is the first NZRC event, running from 8 to 10 April, then the series continues with Rally New Zealand based at Hampton Downs on 7 and 8 May, Rally Wairarapa on 28 to 29 May, the International Rally of Whangarei on 16 to 17 July and Rally Hawke’s Bay from 20 to 21 August.

A new-look NZRC website is now live – www.nzrallychampionship.co.nz – and fans can also find out more information about any of the events on the New Zealand Rally Championship Facebook page.
ENDS/