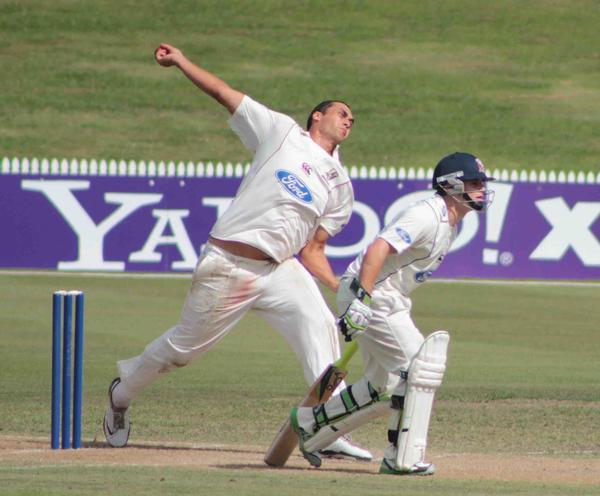 The Yahoo!Xtra Northern Knights have got back two key players for their top of the table Plunket Shield clash with the Central Stags in Napier on Monday.

Frontline seam bowler Graeme Aldridge returns to lead the attack after resting his back - which had caused him to sit out the latter half of the Knights' match win over the Firebirds in Whangarei and then miss last week's loss to the Auckland Aces.

Captain James Marshall has meanwhile recovered from the virus that saw him sit out the Aces match.

Their return means Brook Hatwell and Bradley Scott slip back out of the squad despite doughty performances at Seddon Park in a tight contest.

Going into their round eight match of the 10-match competition just two points behind the Stags, the Knights have also retained tall 22-year-old newcomer James Baker, whose impressive bowling performance on debut was the local highlight of the Hamilton fixture.

The Yahoo!Xtra Northern Knights squad is: