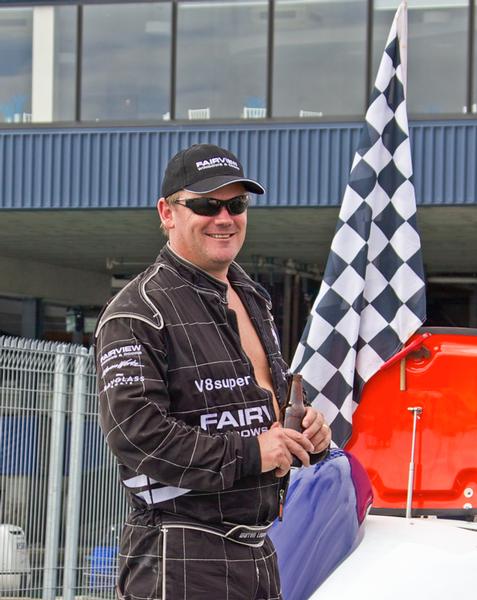 Warren Lewis, happy to win at Auckland in Fairview and take out the 2011 Superboat Championship CREDIT: Cathy vercoe 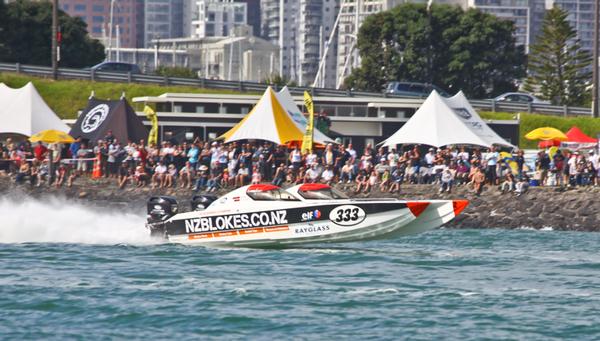 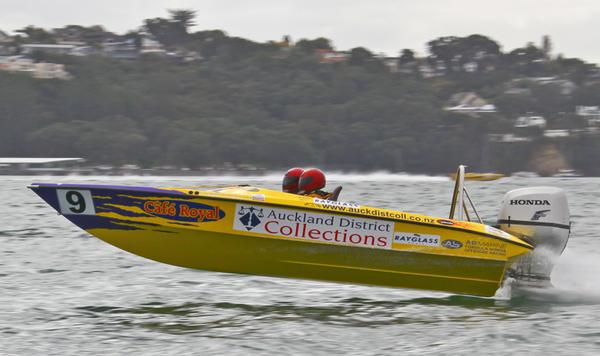 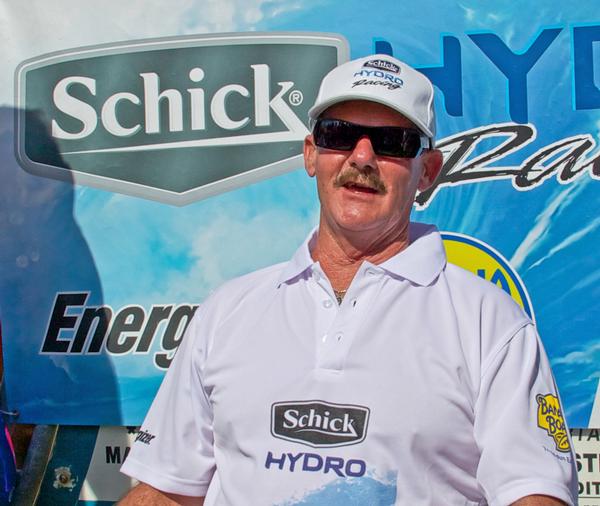 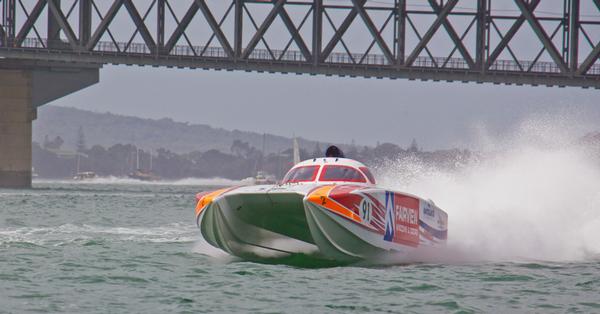 More Water and a Pack of Powerboats Under the Bridge

The penultimate race of the Rayglass New Zealand Offshore Powerboat Series took place on Auckland Harbour today with everyone keen to get out on the course and show the Auckland crowds what they were made of. With so many teams racing on home turf there was a great turnout with crowds lining the foreshore, cheering for their favourite team.

Racing today was about the winners as we saw several of the New Zealand Offshore Powerboat Class Titles claimed, including the Superboat, Superboat Lite, Classic, Sports 60 Restricted and Honda Classes.

In the Superboats Fairview driven by Warren Lewis and Chris Hanley established an early lead and using the same tactics and technique learnt on the Auckland racecourse a year earlier, built on their lead during the race, lapping two of their opponents and winning from the
third by half a lap.

Bob Smith and Andrew 'Flea' Koolen flew around the course for their seventh consecutive win in the Superboat Lite 'NZ Blokes', even beating two of the superboats across the finish line. 'Barracuda Kayaks' and 'Red Steel' had a great race in this class, swapping the lead at times with Red Steel just managing to hold out 'Barracuda Kayaks' at the finish.

In the Classic Class 'Konica Minolta' also saw their seventh consecutive victory, cementing their title for the 2011 season. 'Topaz' looked to be going well, but retired from the race before finishing. 'Gull Force 10' however, not only made it out on the course but after weeks of niggling engine problems, ran strongly and finished in style taking third place in the 60 mile overall race for the day.

Mike Urquhart secured his lead in the Honda Class today in 'Auckland District Collections 2', keeping ahead of the pack on what was a course more suited to the bigger boats. Total Oil finished second in the Hondas, and had a great race, as did CRD Automotive who came third ahead of Rayglass in fourth place.

'Back2Bay6' and 'Espresso Engineers' looked set for a pretty even battle in the Sports 60 class until the black batboat of Mike Gerbic and Dave Vazey stopped dead in the water. The problem was identified as a faulty sparkpack , cutting out the ignition and proving too unreliable to continue. Despite missing three races due to the hull damage sustained at the Maraetai race, 'Back2Bay6' appear to be back in the race with the points they gained today putting them within reach of Espresso Engineers. The two boats go into the final round with 'Espresso Engineers' on 2150 points and 'Back2Bay6' on 1900 points, ensuring a full on battle for the championship.

As predicted the conditions were perfect for a fast and furious powerboat race - we saw the 'fast' on the water, and we saw the 'fury' back at the dock - with a few of the teams pretty irate after engine issues kept them from performing at their best.

It had been a busy week with several of the teams working late to overcome engine issues in time for the race. Schick Hydro even moving their engines forward to accommodate the Mercury 6 drives which they installed to replace their old outdrives after ripping them off during their spinout at Marsden Cove two weeks ago. Doosan identified problems with their engine only the day before the race and, unable to borrow the part needed from a boat that no longer races in New Zealand, resorted to flying in one of the Australian Offshore crew who unbolted the part off an Ozzie raceboats for them to use.

Great to see so many of the Australian teams and drivers over to watch the Auckland race, particularly the boys from Team Three who raced so successfully in New Zealand in the 2010 season. As usual the Trans Tasman Tomfoolery was in full swing and Stevo Nugent from Team Three goes back to Australia a few grams lighter after losing his 30 year moustache in a bet with Schick Hydro. Steve valiantly raised 600 dollars for the Christchurch Earthquake appeal after submitting his top lip for hair removal with the assistance of some Schick Hydo merchandise and staff who were only too happy to put their wares into action - well done Stevo!

The eighth and final race in the 2011 series takes place in Wellington on 23 April and all will be looking forward to more exciting racing and a chance to celebrate what has been another fine year of Offshore Powerboat Racing in New Zealand.

The NZOPA would like to thank Westhaven Marina, JFC, Pier 21, Global Securities, Swashbucklers and Energizer for their support in making the Auckland race possible.