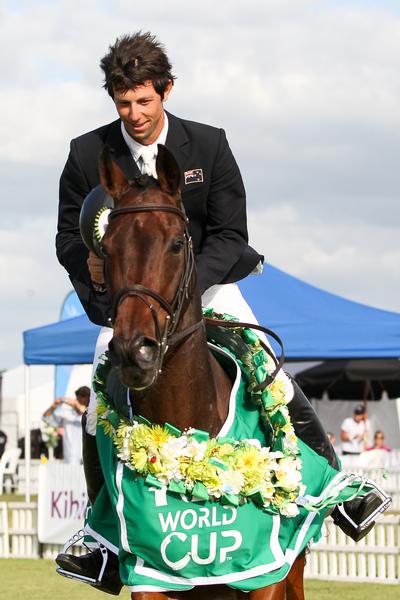 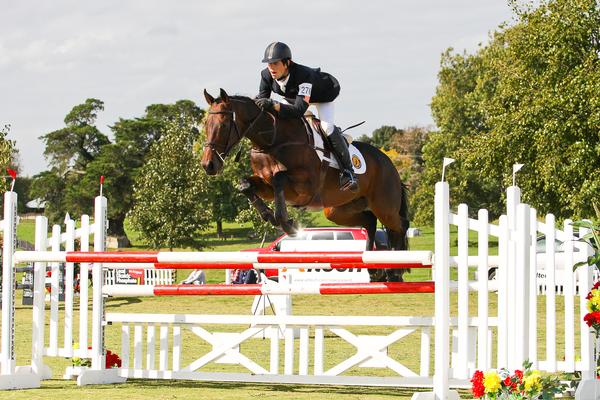 Clarke Johnstone delivered a clear show-jumping round under intense pressure to win the first FEI World Cup Event at Kihikihi (New Zealand) today. Even though Johnstone went into the ring with a rail in hand, course-designer Gerrit Beker had set a tough technical challenge for the final phase which left no room for complacency. But Johnstone looked calm and confident aboard Orient Express, and the combination produced a polished round to finish the competition on their dressage score of 45.7 penalties..

Australian Chris Burton and the impressive Holstein Park Leilani dropped a rail with 1 time penalty to complete on a final score of 50.9 penalties in 2nd place. Johnstone produced another clear round with 1 time penalty on his younger horse Incognito to also take 3rd place (53.2 penalties). Australian Shane Rose and Taurus dropped into 4th place after lowering a rail to finish the competition on a score of 54.7 penalties. Fifth place went to South Island rider Brent Jury and SE Big (74.5 penalties) and 6th place to Auckland-based Simon Gordon and Fletch.com (75.1 penalties).

The FEI World Cup Eventing series which takes place in eight venues around the world now moves to Sydney (6-8 May).