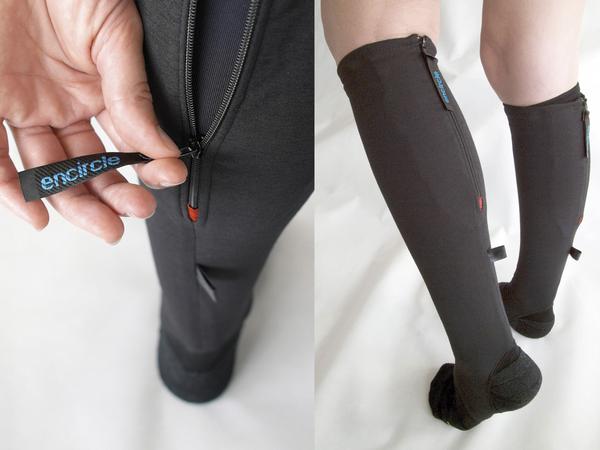 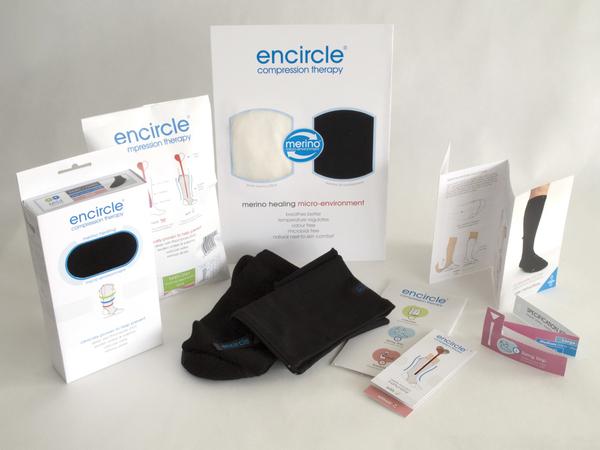 Christchurch based The Merino Company and Mt Maunganui based product development company, Locus Research, have scored a major international win with a Medical Design Excellence Award (MDEA) announced in the United States for their innovative range of merino wool compression garments designed and developed in New Zealand.

The Medical Design Excellence awards, announced on Friday night (April 8) recognise the achievements of medical product manufacturers, engineers, designers and clinicians who are responsible for groundbreaking innovations that “change the face of healthcare”.

The compression garments, ‘Encircle Compression Therapy’, were developed for The Merino Company (TMC) by a crack Kiwi team led by Locus Research, partnered with the AgResearch Textiles Group and the Medical Research Institute of New Zealand. Professor Richard Beasley, director of the MRINZ, who is an internationally recognised respiratory physician led the research team which tested the garments.

The Encircle products use textiles made by Levana in Levin (the company is part of TMC).

More than 40 per cent of people over 45 suffer from circulatory problems, ranging from venous stasis, hypertension, varicose veins, deep vein thrombosis (DVT) to ulcers and chronic venous disease (CVD). CVD is one of the fastest growing chronic diseases and in the United States accounts for 4.6 million lost working days every year.

Until now, methods used to treat CVD include compression bandaging and compression hosiery. Such bandages are difficult to apply (patients usually need to see a healthcare professional), they are seldom reused, they can be hot and uncomfortable and they are invariably made of synthetic materials which are not compatible with the skin environment. In fact, synthetic bandages often contribute to infection of skin tissue.

Encircle garments are composed of an innovative proprietary material made up of two fibres. The first is merino, which is composed of keratin, also found in the outer layer of the human skin and the second, Thermacool, is an elastane polyester which can channel out moisture from the skin. Merino and Thermacool were weft-knitted into a new structure whereby the merino is placed on the inside for next-to-skin comfort. The result is a comfortable garment that creates a micro environment around the skin to assist and regulate the skin or wound environment. Unlike other existing therapies, Encircle garments are convenient for wearers – the knee high garments can be pulled on, and zipped up, rather like a snug sock. The garments can be purchased in three pressure grades from light to firm.

The product has impressive medical research and clinical claims to back up its effectiveness. The MRINZ random controlled trial, conducted by Professor Beasley and his team, was undertaken in 20 healthy adults who wore the stocking on one leg for 120 minutes, while the other leg was used as the control. Doppler Ultrasound was used to study and measure the change Encircle has on blood movement within the body (known as Hemodynamics) and measurements were taken of leg circumference to assess the influence the stocking has on leg swelling, oedema and lymphatic drainage. The Ministry of Health approved study, showed increased lower limb venous blood flow during prolonged seat immobility (meaning the Encircle garments are ideal for long distance flying), increased Peak Systolic Velocity (PSV) by 24%, increased total blood flow by 14%, and reduced swelling and oedema. The study has already been published in the international medical journal ‘Advances in Therapy’.

TMC and Locus Research are also in line for a further award as they are finalists in the respected DuPont Australia and New Zealand Innovations Awards to be announced in Australia in mid May. The DuPont Awards recognise technical innovation in four key categories.

Andy Wynne, CEO of The Merino Company, said that the company was honoured to receive international recognition for Encircle.

“The MDEA Award recognises the quality of the design and research work as well as the commercial potential of this unique product. We are developing a whole business around Encircle and see significant potential in taking merino to a new level.”

Production of Encircle is already underway, with significant order already produced for the Australian pharmacy market, through pharmacy distributors, Symbion Pharmacy Services, and TMC is also working with medical distributors in New Zealand, Scandinavia and the United Kingdom.

Encircle Compression Therapy was born out of the Transform Initiative created by Locus Research for Textiles New Zealand in 2007, when the industry was investigating ways to increase the level of textile related innovation coming out of New Zealand The Transform programme also led to the Bio harness (Zephyr Technology), which was used to monitor the state of health of the trapped Chilean miners last year.

Bythe Rees-Jones, lead designer for the Encircle project for Locus Research, said merino derived products were already being used in a variety of medical products, such as keratin protein and lanolin, but the team believed merino could offer significant therapeutic advantages for sufferers of CVD conditions when merely used as a fibre, as it has unique moisture absorbent, antibacterial, antimicrobial and odour-inhibiting properties.

Rees-Jones praises the other researchers in the Encircle team such as Dr Stewart Collie, from the AgResearch Textiles Group for “his amazing knowledge of textile science”.

“Encircle’s success has come from a great team, and the fact we did user centred design. The team essentially became the patient and that is how we created the product.”

Rees-Jones says the MDEA award is “massive” as it was won in the general hospitals devices and therapeutic products category against a stack of other major international medical products companies and players. He says the use of the MDEA badge on Encircle products will provide immense credibility for international marketing and already the team is fielding enquiries from as far afield as Norway and Denmark.

Professor Beasley says he was impressed by the commitment of Locus Research and The Merino Company to undertake “rigorous testing of its product” prior to launching it on the market.

“This commitment has been acknowledged in the Medical Design Excellence Award and provides an excellent model for other New Zealand companies who develop healthcare products.”