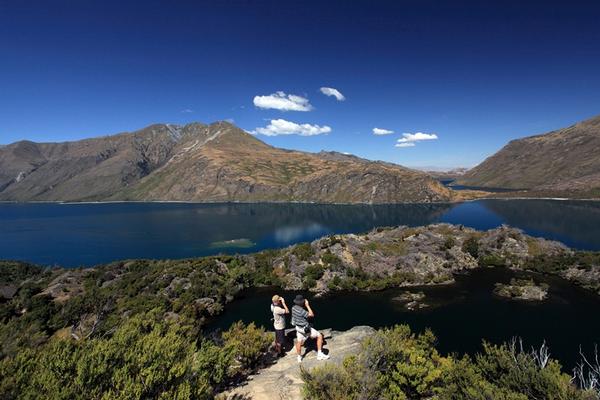 Lake Wanaka Tourism has launched the third video of the Revealing Lake Wanaka series featuring the story of a self-confessed underwater specialist who now makes his living on top of the water.

In the video Riley shares his favourite spots and views of Lake Wanaka including his special chair formed in a rock on the island for ‘contemplating the universe’. Protecting the environment is an integral part of the business and encourages guests to plant a native tree during their visit to the island which also provides food to the varied species, including the Buff Weka, a rare flightless bird, now extinct on mainland New Zealand.

“People are passionate about Lake Wanaka and preserving it for future generations. Seeing the look in people’s eyes as they discover the unique wildlife on the island is a very special moment, it is not just about making a living but giving something back to the community,” said Riley.

Revealing Lake Wanaka is a series of short videos taking the visitor on a visual and narrative journey through the lives of residents in the world’s first lifestyle reserve, to reach beneath the surface and discover the heart of Lake Wanaka.

This is the final of the three videos in the series following the successful unveiling of Nick Mills, a local winemaker and Camilla Stoddart, an award winning freelance photographer.